Disney+ Accidentally Hides 'Mandalorian' Tease From Fans - Inside the Magic 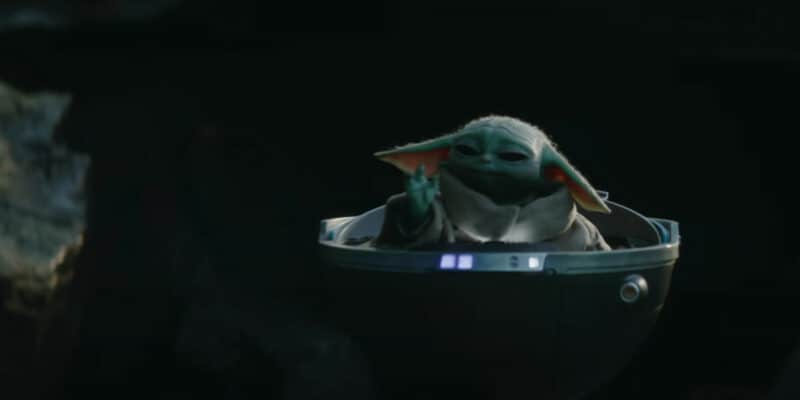 While fans might be very excited about The Mandalorian Season 3 trailer, there was a certain scene only a few fans may have seen.

Star Wars has been gearing up for an explosive year of content in 2023. Star Wars: The Bad Batch releases every Wednesday until late March, The Mandalorian Season 3 and Jedi: Survivor arrive in March, with Skeleton Crew, Ahsoka, and potentially The Acolyte, and Star Wars: Visions set to debut later this year.

Lucasfilm hasn’t pushed out this much content any other year. With a slate of new comics and books, fans of the Star Wars universe will have a lot more to celebrate than just the 40th anniversary of Star Wars: Episode VI — Return of the Jedi (1983).

Pedro Pascal’s Mandalorian continues to steal the spotlight as Mando will be back with Grogu, as the duo will be together as Din regains the right to be a Mandalorian. Mandalore and Coruscant will have a role in the season, with fans beginning to wonder what more secrets the Empire has yet to reveal, as Dr. Pershing is constantly being teased. Somehow, the new trailer includes a scene that only a few fans have seen.

It’s not because Star Wars fans didn’t catch it, but Disney actually removed the scene from the trailer shown last night and uploaded it to YouTube, leaving only a fraction of fans to spot it. In case you haven’t seen the new trailer, check it out to avoid spoilers down below:

Instead of searching on YouTube, if you check out The Mandalorian and click on “extras,” and watch the new Mandalorian trailer there, you will spot an additional frame focused on two Imperial Star Destroyers potentially being worked on or being scrapped.

Due to the gruesome reputation the Empire had on the galaxy, the New Republic decided it was best to use the captured ships to create new flagships called the Nadiri Starhawk being created from the cruisers. This change is a huge step forward for the New Republic, but why did Disney cut this frame out of the trailer posted online everywhere except for Disney+?

It’s hard to say as the frame only points to the season having a lot of focus on the New Republic as Coruscant will be in the upcoming season with Dr. Pershing having a larger role with Giancarlo Esposito’s Moff Gideon also likely in prison on the same planet. Disney may have removed the frame for the simple reason of avoiding misaligned hype or confusion.

Star Wars has only introduced the Starhawks in the video game “Star Wars: Squadrons,” with the ship making a few appearances in other games, books, or comics, but it has never been seen in live-action. With Star Destroyers, fans know they mean trouble. Since The Mandalorian is pushing the limits of what a Star Wars series can include, Lucasfilm may have wanted fans not to expect the Star Destroyers to lay siege on Coruscant or end up in a massive space battle.

As The Mandalorian Season 3 is only weeks away from release, it’s better to avoid confusion or excitement for something that might not happen, but the frame is only a second long and still on Disney+, so who knows what Star Wars was thinking.

Do you like the inclusion of the Star Destroyers on Coruscant? Let us know what you think!