'The Bad Batch' Director Addresses "White-Washing" Backlash - Inside the Magic 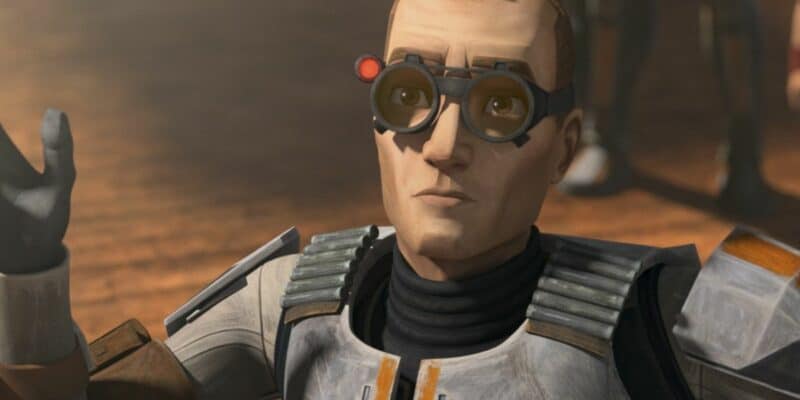 The show follows genetically defective clones Hunter, Wrecker, Crosshair, Tech, and Echo (all of whom are voiced by Dee Bradley Baker), and young female clone Omega (Michelle Ang), as they try to make their way through a galaxy they no longer recognize.

Picking up where The Clone Wars ended, the clones, collectively known as “Clone Force 99”, must evade the wrath of the newly-formed Galactic Empire in the wake of Order 66, which has not only seen the annihilation of almost all the Jedi, but the corruption of most clone troopers too.

Hunter, Wrecker, Crosshair, Tech, Echo, and Omega are all descendants of “source clone” Jango Fett, who is played by Temuera Morrison in the Star Wars prequel trilogy, who more recently played Jango’s son Boba Fett in the live-action series.

In fact, every clone in the prequel trilogy was played by Temuera Morrison, which, of course, makes sense given that they’re all clones. As such, every clone in The Clone Wars and The Bad Batch, as well as in Star Wars: Rebels (2014) and beyond, is depicted as Māori.

However, that hasn’t stopped a number of fans from accusing The Bad Batch of “white-washing”, a term that is generally described as “the practice of casting White actors in non-White roles in order to appeal to larger audiences, at the expense of diverse representation.”

In the case of the animated show, though, the criticism is aimed towards the fact that the members of Clone Force 99 appear lighter-skinned than both their animated clone trooper brothers and live-action counterparts (all of whom are played by Temuera Morrison).

This has led to the hashtag movement #UnwhitewashTheBadBatch, which was recently discussed with The Bad Batch director Brad Rau in an interview with Collider. Rau has said that he takes the matter seriously, and that the team have even gone back to make “corrections”.

Here are his full comments:

“We listened to all the concerns of the fans. Interestingly, in Season 1, before season one came out, we’re always doing this, we went back to look at the skin tones, and we made some corrections to make sure that we’re being true to the legacy of the clones in Clone Wars. Absolutely, 100%.”

The #UnwhitewashTheBadBatch movement dates back to 2021, when the show first premiered on Disney+.

As per Disney+, here’s the official synopsis for The Bad Batch Season 2:

Months have passed since the events on Kamino and the Bad Batch continue their journey navigating the Empire after the fall of the Republic. They will cross paths with friends and foes, both new and familiar, as they take on a variety of thrilling mercenary missions that will take them to unexpected and dangerous new places.

The Bad Batch Season 2 is now streaming on Disney+.

Are you excited for The Bad Batch 2? Let us know in the comments down below!