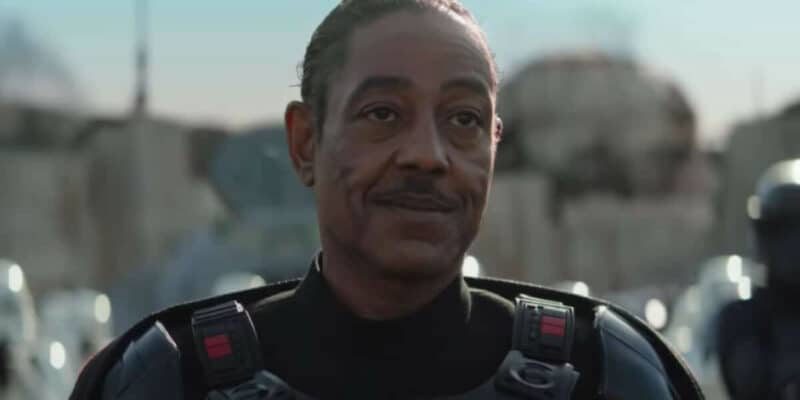 Moff Gideon (Giancarlo Esposito) could throw a wrench in The Mandalorian season 3!

Jon Favreau and Dave Filoni have given audiences some of the best Star Wars content with The Mandalorian. A series categorized as a Space Western, the Disney+ show returns the franchise to its roots: a space epic inspired by classic westerns and samurai films, just like the original trilogy. The series also came out of left field: breaking with Star Wars tradition, in a completely original story, without a single cameo from an original trilogy character.

This changed in season 2, but the main arc and the main characters remained. The action follows Din Djarin (Pedro Pascal) and The Child/”Baby Yoda” (Grogu) as they explore the stars, and the underworld of the Galaxy, on the run from Moff Gideon (Esposito): one of the most terrifying villains in Star Wars since Darth Vader (James Earl Jones/David Prowse). The high-ranking Imperial commander made his debut in season 1 with explosive fanfare. No matter the circumstances, he seemed to be one step ahead of Mando (Pascal) and his allies.

His calm demeanor, combined with that superior smirk and the fact that he had the dark saber, made him one of the most formidable and frustrating villains in the franchise. It also made it all the more satisfying when, at the end of season 2, that superior smirk was wiped from his face when Luke Skywalker (Mark Hamill) began a hallway scene to rival that of his father, cutting through the dark troopers like a hot knife through butter.

It seemed safe to say that the threat presented by Gideon (Esposito) was done with. After an attempted suicide, he was presumably taken into Republic custody, never to be heard from again…Or so audiences thought. Mando (Pascal) and friends may not yet be out of the woods regarding the Imperial Moff. In addition to a few loose ends yet to be tied up from both season 1 and season 2, a new tease from Giancarlo Esposito himself may shed some light on the return of his villain in season 3 of The Mandalorian.

In a recent interview with ET, shared by The Direct, Esposito gave some pretty strong hints about where Moff Gideon is now, and audiences can expect to see him in season 3:

“Yes, it’s assumed he is behind bars. I think we could have an opportunity to see him escape those chains that bind him… We want to see a guy who is a mastermind who has an idea for the future that no one else has. And so, we want to know what that is, and we want to know if that’s good or bad.”

With that said, it’s a pretty safe bet that Moff Gideon (Esposito) will show up in season 3, but to what extent has yet to be revealed. Esposito also teased Gideon’s motive in the series, saying that he “wants to save this galaxy”, and audiences will have to see if he really wants to save it, or if he’s out to control it. If indeed he does return, it seems like Mando (Pascal) will have enemies on all sides in his quest to regain his title as a Mandalorian, and keep Grogu (himself) safe.

Related: Jon Favreau Might Jeopardize ‘The Mandalorian’ With Too Many Cameos

The Mandalorian: Season 3 will be streaming on Disney+, March 1, 2023, and stars Pedro Pascal as Din Djarin, Carl Weathers as Greef Karga, Emily Swallow as The Armorer, Katee Sackhoff as Bo-Katan Kryze and, the cast list does include Giancarlo Esposito as Moff Gideon. The third season of this Star Wars series will follow Din (Pascal) as he returns to Mandalore to regain his title, while in conflict with both the remnant of the Galactic Empire, and Bo-Katan (Sackhoff).