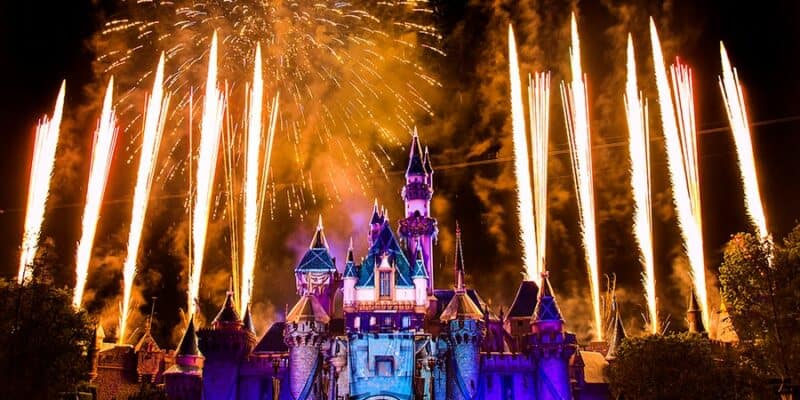 As yet another nighttime spectacular recently mesmerized Guests at a Disney Park, Disneyland seems to have fallen behind on its shows.

This new nighttime show came to the Park during Bastille Day celebrations at Disneyland Paris, commemorating Paris’ national day with drones forming several icons in the sky, including a French flag and the Eiffel Tower, accompanied by representative songs such as “La Marseillaise” and “Le Festin” from Disney and Pixar’s Ratatouille (2007).

You can see a video of this emotional show down below or on Pixie Dust’s YouTube channel by clicking here.

Scott Gustin (@ScottGustin) responded to the first images of this heroic new show, commenting that the Parisian Disney Park had all the drone fun, as it is currently the only Disney Park around the world that has added drones to its nighttime spectaculars.

Paris gets all the drone fun. This is awesome.

Paris gets all the drone fun. This is awesome. https://t.co/VDIDTo67zF

However, there have recently been rumors saying that Disneyland is currently preparing a new fireworks spectacular to commemorate The Walt Disney Company’s 100th anniversary next year. The rumor involves a new project codenamed “Project Moonlight,” which could actually be a brand new fireworks show for Disneyland Resort. The nighttime spectacular would reportedly be called Wonderous, and its debut — should the rumor mill be correct — would coincide with The Walt Disney Company’s 100th anniversary on January 27, 2023.

As much as we would love to see a new show illuminating Sleeping Beauty Castle and the night sky over Disneyland, it is important to remember that this information is purely speculation, as Disneyland officials have not released any statements confirming nor denying plans for a new nighttime spectacular coming to Disneyland Resort.

We recently reported on the return of the fan-favorite Red Car Trolley to Disney California Adventure, making its way down Buena Vista Street and Hollywood Land just in time to celebrate Disneyland Resort’s 67th anniversary. Considering this surprise, who knows what other exciting news could be announced for Disneyland in the future.

There is so much for Guests to enjoy at Disneyland! Walking up to Sleeping Beauty Castle is always a dream, especially when you get to go inside and relive the story of Aurora and Maleficent. Riding classics like “it’s a small world,” Pirates of the Caribbean, Mr. Toad’s Wild Ride, The Haunted Mansion, Matterhorn Bobsleds, Splash Mountain, and more will have you feeling the magic and craving a churro! Toontown is currently gearing up for a massive change which will be revealed in 2023 with the reopening of the land and the debut of Mickey and Minnie’s Runaway Railway. At Disneyland, Guests can now enjoy Star Wars: Galaxy’s Edge for some blue milk or green milk and ride Rise of the Resistance and Smuggler’s Run.

Plus, Disney California Adventure has so much to see and do! Guests can enjoy Buena Vista Street as they walk the roads Walt had in Hollywood, enjoy a hand-dipped corn dog at Award Wieners, and Head to Cars Land to enjoy the neon signage and Radiator Springs Racers. Fans of the MCU can visit Avengers Campus and join their favorite superhero on exciting missions on WEB SLINGERS: A Spider-Man Adventure and Guardians of the Galaxy – Mission: BREAKOUT! Guests can also enjoy the Pixar Pal-A-Round on a swinging or non-swinging gondola, learn to fly at Goofy’s Sky School, rock on the Silly Symphony Swings, and catch Jack-Jack on Incredicoaster! The list of rides and attractions never ends!

Would you like to see drones being added to Disneyland’s nighttime spectaculars? Let us know in the comments below!