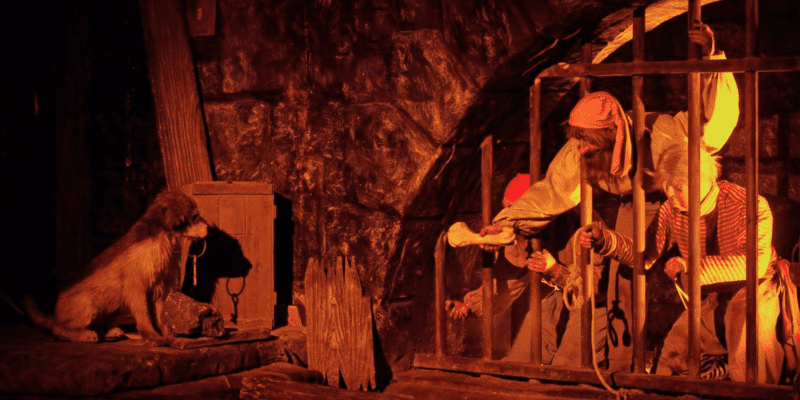 After months of anticipation, thousands of Guests were disappointed when Disneyland Resort failed to reopen the beloved attraction Pirates of the Caribbean after a lengthy refurbishment.

Yesterday, we reported that Cast Members were still carrying out construction work on the entrance of this popular attraction and that inside the Blue Bayou Restaurant, Guests could see the boats that take Guests on this adventure were being tested to ensure their proper operation for today’s grand reopening.

Regardless of these efforts and all the planning behind the ride’s refurbishment and its scheduled reopening, a long line of Guests was disappointed when they were not allowed to set sail on the attraction due to technical difficulties.

As of the publication of this article, the Disneyland app shows the attraction as “Temporarily Closed,” and there is no official word on when the attraction will reopen.

As a matter of fact, at the moment, the entire Adventureland area of the Park remains closed, with Indiana Jones Adventure and the world-famous Jungle Cruise closed as well.

We certainly hope the attraction reopens later today for Guests to enjoy a journey along with Captain Jack Sparrow as they sing along to “Yo Ho! (A Pirate’s Life For Me)”.

Opened in 1967, Pirates of the Caribbean was the last attraction whose construction was envisioned and personally overseen by Walt Disney, as he would pass away only three months before it opened. It instantly became a fan favorite and an icon for Disneyland Resort. So much so that when Walt Disney World opened in 1971, Guests demanded a version of the ride to be built in Orlando’s Magic Kingdom.

Related: Here’s How Disney Has Been Changing Pirates of the Caribbean

Days before its 55th anniversary, the original Pirates of the Caribbean at Disneyland Resort closed for a deep refurbishment, reopening its gates to welcome Guests on a pirate adventure. The official Disneyland site describes the iconic ride as follows:

And on the note of the ride’s anniversary, Disney’s website adds the following:

Even though Pirates of the Caribbean is now open for Guests again, Disneyland Park is currently making significant improvements to several attractions. Tarzan’s Treehouse is still waiting for a complete reimagining. Toontown is also gearing up for a massive change that will be revealed in 2023 with the reopening of the land and the debut of Mickey and Minnie’s Runaway Railway. However, there is still so much for Guests to enjoy! Walking up to Sleeping Beauty Castle is always a dream, especially when you get to go inside and relive the story of Aurora and Maleficent. Riding classics like “it’s a small world,” Mr. Toad’s Wild Ride, The Haunted Mansion, Matterhorn Bobsleds, Splash Mountain, and more will have you feeling the magic and craving a churro! Plus, at Disneyland, Guests can now enjoy Star Wars: Galaxy’s Edge for some blue milk or green milk and ride Rise of the Resistance and Smuggler’s Run.

Plus, there is so much to see and do at Disney California Adventure Park! Guests can enjoy Buena Vista Street as they walk the roads Walt had in Hollywood, enjoy a hand-dipped corn dog at Award Wieners, and Head to Cars Land to enjoy the neon signage and Radiator Springs Racers. Fans of the MCU can visit Avengers Campus and join their favorite superhero on exciting missions on WEB SLINGERS: A Spider-Man Adventure and Guardians of the Galaxy – Mission: BREAKOUT! Guests can also enjoy the Pixar Pal-A-Round on a swinging or non-swinging gondola, learn to fly at Goofy’s Sky School, rock on the Silly Symphony Swings, and catch Jack-Jack on Incredicoaster! The list of rides and attractions never ends!

Will you be at Disneyland to see this attraction reopening? Let us know in the comments below!