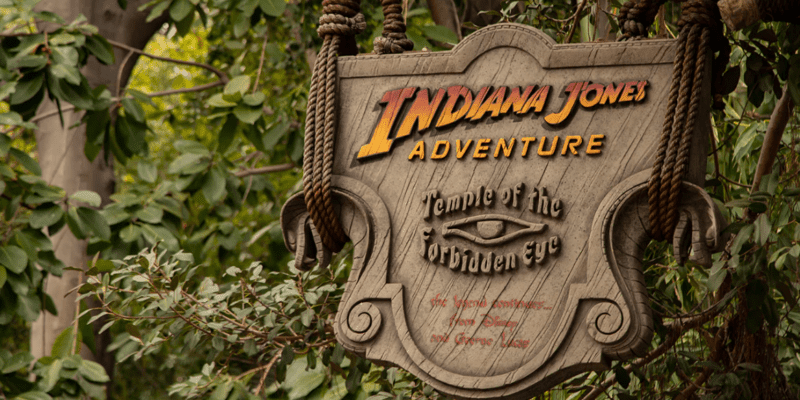 “I think it’s time to ask yourself; what do you believe in?”

The Indiana Jones franchise, starring Harrison Ford,  is perhaps one of the most popular IPs owned by Disney. With four movies out and the fifth one on its way, there is no doubt that Dr. Jones has gathered a massive fanbase since Raiders of the Lost Ark premiered in 1981. 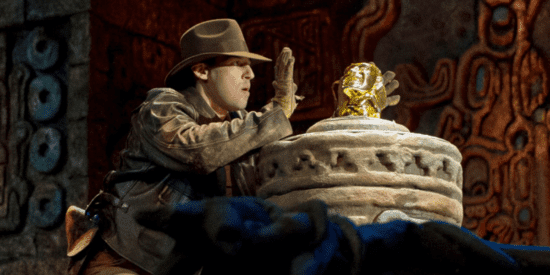 Related: Fans Comment on Dated Disney Attraction In Desperate Need of an Update

This last one has been a source of discussion for some time now, as many Guests think that the attraction has been in lackluster condition since Disneyland reopened its gates in 2021, after over a year of closure due to the ongoing COVID-19 pandemic.

Well, recently, one Guest reignited a debate around the attraction, as they are convinced the Mandela Effect is taking over the Temple of the Forbidden Eye with a question that they think of all the time.

User u/Hectortise asked fellow Redditors and Disney fans if the snake scene on Indiana Jones Adventure had been recently modified, as he is convinced that Indiana said, “snakes … I hate snakes, you’re on your own for this one,” but commented that every time he goes, the “I hate snakes” isn’t there. He asks if the phrase ever was in the attraction, as he adds his friends also remember Indiana Jones’ dialogue being as he initially quotes it.

I swear that the Indiana jones ride at the snake part indiana jones says “snakes … I hate snakes, you’re on your own for this one” but every time I go the “I hate snakes” isn’t there. Was it ever there? My friends say they remember it too

Fellow Redditors were quick to share their thoughts on the ride, like u/kodyawilson, who commented they could have sworn Indiana Jones said “I hate snakes” as well and that they would have to watch a YouTube ride-through from a few years back to make sure.

On the other hand, u/tradersam1138 commented that he’s been on the ride hundreds of times and that as far back as they can remember, the dialog has always been “snakes… you guys are on your own.”

Redditor u/maxmouze added that they have also gone for decades and that he’s never said, “I hate snakes.” They commented that they know this because they always used to think, “Wow, you have to have seen the movie to understand why he says You’re on your own because he never even mentions he’s afraid of them.”

The original poster, u/Hectortise, updated fellow Redditors in a later comment, saying that he “literally spent 30 minutes looking through different clips” before discovering that the phrase had never been said. “Trippy how some people remember differently,” he adds.

After checking a couple of ride-through videos, we noticed the line Indiana Jones says in the attraction is “Snakes? You guys are on your own,” as Guests drive by a giant snake ready to strike.

Perhaps the fact that “Snakes. Why’d it have to be snakes?” is one of the most famous quotes out of the Indiana Jones franchise fueled this confusion among Guests and fans of the franchise and the Disneyland attraction. However, there is no evidence that Dr. Jones said this phrase on Indiana Jones Adventure at Disneyland Park.

A few months ago, we reported on a similar situation, with Guests igniting a massive debate regarding the iconic line “Actually, we have 999 happy haunts here, but there’s room for a thousand. Any volunteers?” spoken by the Ghost Host in The Haunted Mansion at Disneyland, proving that the Mandela Effect can take over more than one attraction in The Happiest Place on Earth.

Regardless of this confusion, the ride remains an icon of Disneyland Park, and Guests will continue to gladly join Dr. Indiana Jones as they journey into the Temple of the Forbidden Eye in Adventureland.

Disneyland Park is currently making significant improvements to several attractions, with Pirates of the Caribbean closed for refurbishment and Tarzan’s Treehouse waiting for a complete reimagining. Toontown is also gearing up for a massive change that will be revealed in 2023 with the reopening of the land and the debut of Mickey and Minnie’s Runaway Railway. However, there is still so much for Guests to enjoy! Walking up to Sleeping Beauty Castle is always a dream, especially when you go inside and relive the story of Aurora and Maleficent. Riding classics like “it’s a small world,” Mr. Toad’s Wild Ride, The Haunted Mansion, Matterhorn Bobsleds, Splash Mountain, and more will have you feeling the magic and craving a churro!

Is Indiana Jones Adventure on your must-do list when you visit Disneyland? Let us know in the comments below!