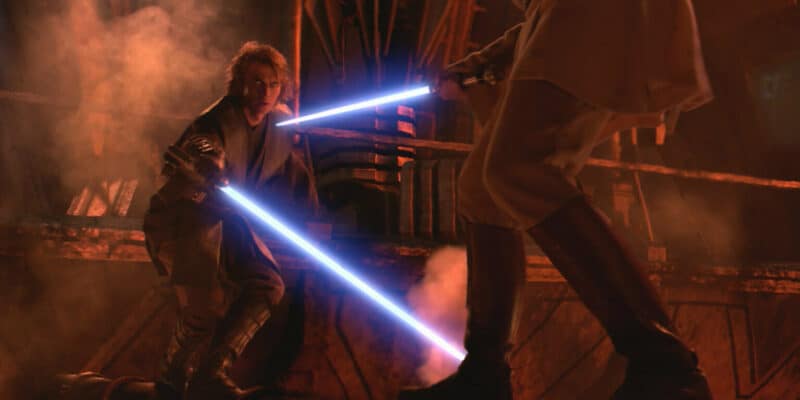 The Marvel Cinematic Universe mastermind is developing his own Star Wars movie with Loki writer, Michael Waldron, and has a penchant for hiding Star Wars Easter eggs in nearly every MCU project — there was an especially good reference to Princess Leia’s (Carrie Fisher) cell number in The Falcon and the Winter Soldier.

Related: Marvel Writer Spits in the Face of Fans, Does Not Care If MCU Erases Character’s Heritage

Now,  it seems that both Marvel movie fans and Star Wars fans might be getting their wish of a crossover thanks to the upcoming Doctor Strange In the Multiverse of Madness, which will hit theaters on May 6, 2022.

In a trailer sequence [below], it appears that Doctor Stephen Strange (Benedict Cumberbatch) is on the Star Wars lava planet, Mustafar.

The Star Wars faithful will recognize this as the location where Anakin Skywalker (Hayden Christensen) and Jedi Master Obi-Wan Kenobi (Ewan McGregor) battled in Star Wars: Episode III – Revenge of the Sith (2005), just before the younger Jedi completed his descent into becoming Sith Lord Darth Vader.

One recent article about the possible crossover between the MCU and the Star Wars universe noted:

…this clip of Doctor Strange traveling through the Multiverse only showed off about a second of footage from Mustafar, if that’s truly what the clip is meant to imply. Even so, seeing this iconic landmark just for a second is enough to have Marvel and Star Wars fans excited to see where things could go in this Multiversal MCU sequel.

It’s worth noting that this isn’t the first time the two fandoms have thought they noticed Mustafar in a Marvel Studios project. When animated series What If…? released last year, Mustafar seemingly showed up in the penultimate episode of Season 1.

In the alternate reality of What If…? — which reimagined key MCU moments if they had happened differently — Ultron (Ross Marquand) defeated the Avengers, claimed the Earth, and murdered Thanos (Josh Brolin) when he arrived to take the Mind Stone. Now in possession of all six Infinity Stones, Ultron wiped out all life in his version of reality before battling The Watcher.

One of the battle locations appeared to be Mustafar [above].

Furthermore, What If…? head writer A.C. Bradley previously confirmed that she desperately wanted a Luke Skywalker cameo in the first season of the series, and certainly didn’t rule out the possibility in a future project:

“I was kind of notorious for trying to get a Star Wars character involved. We did try at one point, but it’s kind of like play with the sandbox you were given. We gave you the entire MCU. Run with that. And, I was like ‘Okay. But still, Luke Skywalker would be an amazing Avenger.’”

For now, movie goers can look forward to (maybe) seeing Mustafar in live-action again in Doctor Strange 2. The official description of the sequel project reads:

Do you think Doctor Strange In the Multiverse of Madness will feature the first live-action MCU/Star Wars crossover?