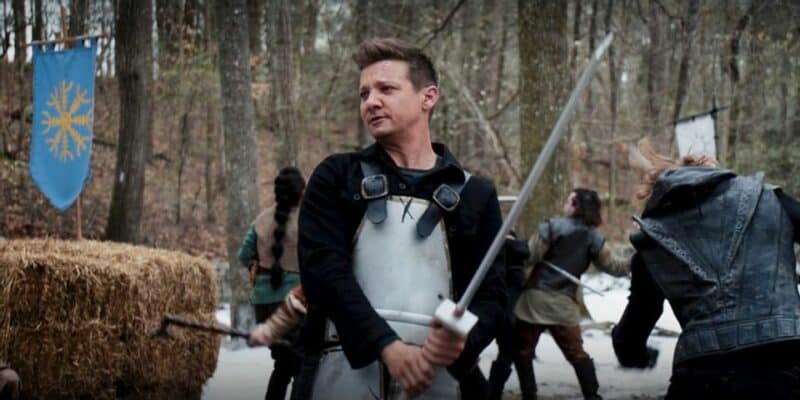 He is, in fact, developing an upcoming Star Wars movie with Loki head writer Michael Waldron — about which we know very little other than the fact that it won’t feature Han Solo.

Furthermore, Feige loves including Star Wars Easter eggs in MCU movies and series — like the fact that Princess Leia’s (Carrie Fisher) cell number from Star Wars: Episode IV – A New Hope (1977) was the same as Baron Helmut Zemo’s (Daniel Bruhl) in The Falcon and the Winter Soldier earlier in 2021 — and, now, the Marvel boss and his team are at it again.

Holy sh** the LARPers in #Hawkeye were listening to Bells, Bells, Bells from the Star Wars “Christmas in the Stars” album. That’s the kind of deep cut that I can appreciate.

Holy shit the LARPers in #Hawkeye were listening to Bells, Bells, Bells from the Star Wars "Christmas in the Stars" album. That's the kind of deep cut that I can appreciate. https://t.co/IGWofs9NSX

This reference proves Feige and Co.’s commitment to keeping the Star Wars galaxy alive and well in the Marvel universe, no matter how deeply they have to dig to achieve it.

But, it’s also no surprise that the team decided to use a Star Wars Christmas song this time around, given Feige’s love of the holiday season. In a recent press conference, he said:

More on “Christmas in the Stars”

The song features R2-D2 and Anthony Daniels, who has played Artoo’s best friend, protocol droid C-3PO since the original trilogy era. “Christmas in the Stars” is described as:

Christmas in the Stars: Star Wars Christmas Album is an album produced in 1980 by RSO records. It features Star Wars–themed Christmas songs. The album was produced by Meco Monardo, the man who recorded the infamous disco version of A New Hope’s main theme. Anthony Daniels voiced C-3PO, and Ben Burtt provided the sounds for R2-D2 and Chewbacca. Christmas in the Stars was recorded in 1980, two years after the much maligned Star Wars Holiday Special aired.

StarWars.com shared the following snippet about the record, which was released the same year as many Star Wars fans’ favorite Skywalker Saga film, Star Wars: Episode V – The Empire Strikes Back (1980):

What do you call a seasonal novelty album with an unusual concept that also features the first commercial recording of a hot rock star-to-be? Try Christmas in the Stars: Star Wars Christmas Album. How can you beat a lyric like ‘Everyone will have a cookie, I bought extra for the Wookiee?’

Did you catch this obscure Star Wars reference in the MCU?