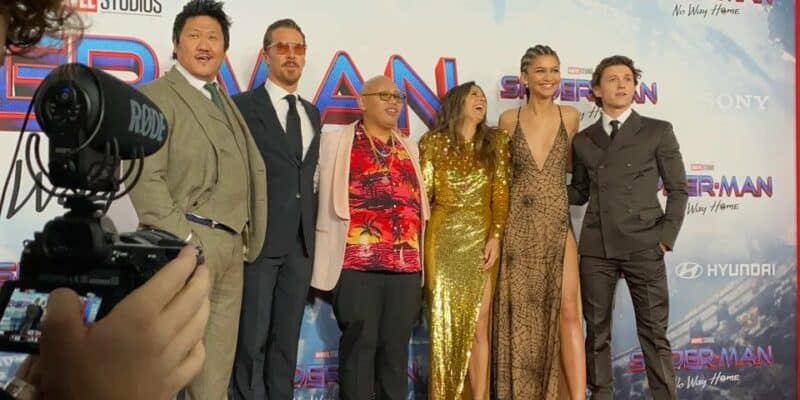 The newly minted Sorcerer Supreme will also appear in Doctor Strange in the Multiverse of Madness, which hits theaters on May 6, 2022.

Wong’s role in the MCU is continually expanding, with Marvel Studios President Kevin Feige even joking at one point that the MCU is morphing into the “WCU.” Wong responded to Feige’s comments in a red carpet interview, explaining:

“I got an email from Kevin Feige saying, ‘It’s fast becoming the WCU (Wong Cinematic Universe).’ So, I’ll take that. Here we are.”

“Well, you know, there’ll be a shift, I think, definitely in this [No Way Home] which will, hopefully, you know, We’ll see different responsibilities, I think.”

Now, Wong has spoken out about continuing his character’s story on the Disney+ streaming platform, where Marvel has a full slate of original series lined up for the next several years. Speaking on the Fade to Black podcast, the actor said:

“I’ll just have to wait for the Wong-tourage to kind of make the placards, they’re rioting in the streets now. Hey, what do we say? It would be wonderful, wouldn’t it? I’d certainly be up for it [a series], definitely. Where’d we go with that? We could go anywhere. So far, we always have Wong go through a portal and we don’t know what happened for the last 5 years so maybe there’s a [story] in it. Yeah, like a 5-year series. And some, they [Marvel Studios] do it so well.”

Wong went on to share that he would love to team up with Jacob Batalon, who plays Peter Parker’s best friend, Ned Leeds, in the MCU. In No Way Home, movie goers were given a glimpse of Leeds’s own abilities when he used a Sling Ring to open and — not so successfully — close portals:

“I’d quite like the idea of the sorcerer and the apprentice with Ned as my apprentice. Obviously, he’s got a few of the old portal skills.”

Currently, Marvel Studios and The Walt Disney Company have not confirmed that a Sorcerer Supreme and Ned Leeds Spider-Man spinoff is in the works, but it would undoubtedly delight MCU fans if the project was ever greenlit.

Below, you can see photos of the entire No Way Home cast, including Wong and Batalon, on the red carpet:

It remains unclear if Sony Pictures and Marvel Studios will continue their collaborative efforts on the Spider-Man film franchise. Spider-Man producer Amy Pascal has already teased a fourth Spider-Man collaboration — and an entire second trilogy, in fact — between the two studios, but Sony Pictures was quick to note that this has not yet been officially confirmed.

The official description of the Doctor Strange (2016) sequel project reads:

Loki stars Tom Hiddleston (Loki), Owen Wilson (Mobius M. Mobius), and Sophia di Martino (Sylvie) are expected to be among the numerous cameos in the movie.

Would you enjoy a Wong spinoff Disney+ show?