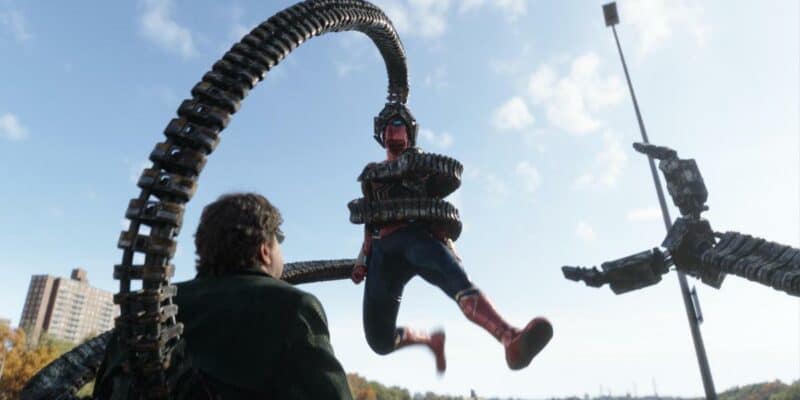 He often spends the show discussing his thoughts on the latest Disney+ Original Star Wars and Marvel Cinematic Universe series, like his theory about WandaVision’s “Skywalker-level” cameo that never came to fruition.

Now, Smith has joined late night talk show host Jimmy Kimmel in venting about the exclusion of Spider-Man: No Way Home (2021) from the Best Picture category at this year’s Academy Awards.

Smith began by sharing that he had not yet read the Oscar nominations for himself, and requested clarification from a crew member:

“I would just like to congratulate the good folks who made Spider-Man: No Way Home for the very deserved Best Picture nomination that I’m sure it got, I didn’t read the nods. Marc, tell me that I’m right.”

Upon being informed that he was not, in fact, right, Smith went on an expletive filled ran:

“What the f***? They got ten slots, they can’t give one to the biggest f***ing movie of like the last three years? Man, and they’re like ‘Why won’t anyone watch this show?’ Like f***ing make a populist choice, f***, man. You got how many slots? Throw in Spider-Man for God’s sakes. Let him swing in there. F***ing poor kid’s always getting crapped on and sh**, show Peter Parker some f***ing love. I’m not even being facetious, with as many movies as they have nominated for best picture….”

At that point, the livestream unexpectedly cut out, but Smith returned with his characteristic humor, quipping:

“Kids, the conspiracy is real. I spoke about Spider-Man not being nominated by The Academy and we got tossed off of YouTube. Tie those two things together the truth lies somewhere out there.”

Although No Way Home missed out on a Best Picture nod, it — along with Marvel Studios’ Shang-Chi and the Legend of the Ten Rings — was nominated for Best Visual Effects. The other nominees in the category are Dune, No Time To Die, and 20th Century Studios’ Free Guy.

The next major MCU movie release is Cumberbatch and Elizabeth Olsen’s Doctor Strange In the Multiverse of Madness, which is due to hit theaters on May 6, 2022.

What do you think about Kevin Smith’s MCU rant?

Comments Off on Kevin Smith GOES OFF About ‘No Way Home,’ “The Conspiracy Is Real”