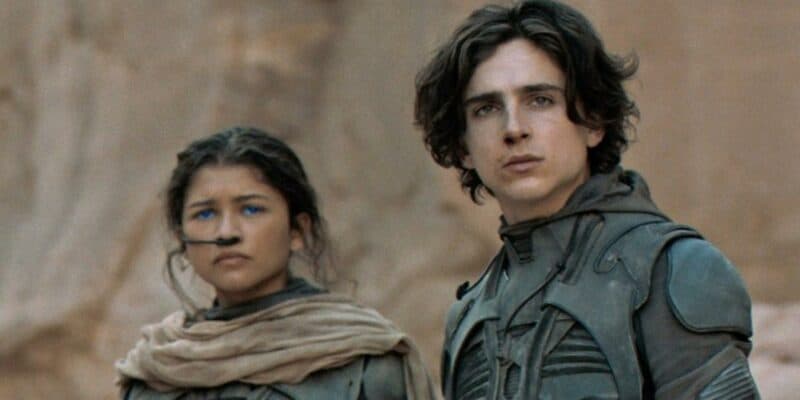 The Marvel Cinematic Universe is expanding with the Multiverse in Spider-Man: No Way Home and new Marvel characters joining the collection every day. Ahead of a new Spider-Man trilogy, Tom Holland and Zendaya want icon Timothée Chalamet to join the Marvel Universe as Spider-Man’s most excellent friend (and foe).

There are significant differences between Tom Holland’s Spidey trilogy and previous interpretations of the superhero, one of them being the absence of Marvel character Harry Osborn.

On top of the world, Tom Holland recently revealed to AP Entertainment that he wants to see Timothée Chalamet join the MCU as Harry Osborne:

“He’d be a good Harry Osborn…I think it’d be good to bring him in as an FOS and then he kind of becomes bad…He’d be a good villain.”

“He’d be a good Harry Osborn…I think it’d be good to bring him in as an FOS and then he kind of becomes bad…He’d be a good villain.”

Despite Chalamet crediting his Hollywood success to “no superhero movies,” the actor would make a great Harry Osborn — both hero and villain.

He’s got the acting chops to make audiences either love or hate him, depending on the role.

Given his recent Zendaya collaboration on the smash-hit Dune: Part One (2021), the chemistry between him and other Marvel stars would be enigmatic.

Though not every fan sees eye-to-eye, Chalamet is a perfect casting choice for the iconic “Friend of Spider-Man.”

They would then “kick him out” of the Spidey circle once Harry gets too close to MJ, following his descent into madness as the new Green Goblin.

With the Multiverse opening up the Marvel collection to new faces, it’s entirely possible for Harry Osborne to appear in the Marvel Universe in the three upcoming Spider-Man films!

If rumors are true that previous “Spider-Men” Tobey Maguire and Andrew Garfield are starring alongside Tom Holland, No Way Home will have a more significant effect on the Marvel Universe than Captain America: Civil War (2016), Avengers: Infinity War (2018), and Avengers: Endgame (2019) combined.

No Way Home swings into theaters on December 15th in the United Kingdom and December 16th worldwide!

Do you want Timothée Chalamet to join the MCU? Let us know in the comments below!