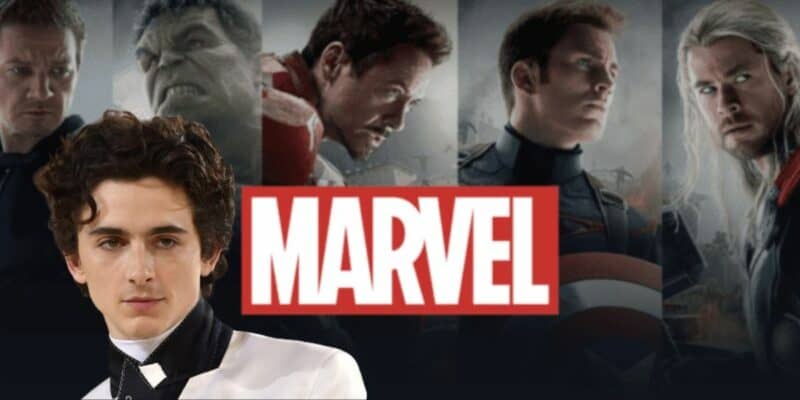 For many Hollywood stars, playing the role of a superhero is a dream come true, but there is one Hollywood star who is looking to steer clear.

Arguably, (and profit-wise), the most popular superhero franchise in the world is Marvel. The company, lead by Kevin Feige, was purchased for $4 billion; Disney’s superhero factory is now worth more than $50 billion, according to Forbes. It is a franchise powerhouse that has made $22 billion, with Pixar trailing in second at $15 million. As we can see, the Marvel Cinematic Universe is one of the rulers in storytelling and entertainment.

Now, as Disney+ continuous to create Marvel content such as Loki, WandaVision, What If…? and more, in combination with their theatrical releases and theme park integrations such as Avengers Campus, you may wonder what Hollywood star would say no to joining the ranks of Robert Downey Jr., Chris Evans, Tom Holland, Scarlett Johanson, Chris Pratt, and so many more.

Timothée Chalamet has been on the rise to Hollywood stardom for quite some time, starring in Oscar films such as Call Me By Your Name, Lady Bird, and Little Women. Now, he is currently filming a prequel to Charlie in the Chocolate Factory, where we learn more about Willy Wonka’s past.

In the Time cover story, the 25-year-old star revealed acting advice given to him by one of his heroes that has helped him navigate his stardom thus far.

“One of my heroes — I can’t say who or he’d kick my a** — he put his arm around me the first night we met and gave me some advice. No hard drugs — and no superhero movies.’”

Considering Chalamet revealed the advice and has stuck it thus far, it seems that he is set on pursuing his Hollywood career without getting involved in any superhero movies. This, of course, would mean that Chalamet would be opposed to joining the MCU if given a chance. Of course, he could always change his mind if there was a role he wanted and was fit for, but it would be an interesting decision after publically admitting that he has been following advice that has told him to stay away from the films.

“It’s a combination of luck and getting good advice early in my career not to pigeonhole myself.”

So, it seems that we will not see any super-suit on Chalamet in the near future, but only time will tell to see if the actor will follow the advice that was given to him throughout his entire career.

Do you think that Timothée Chalamet was given good advice? How do you think joining the MCU could deter an actor’s career?