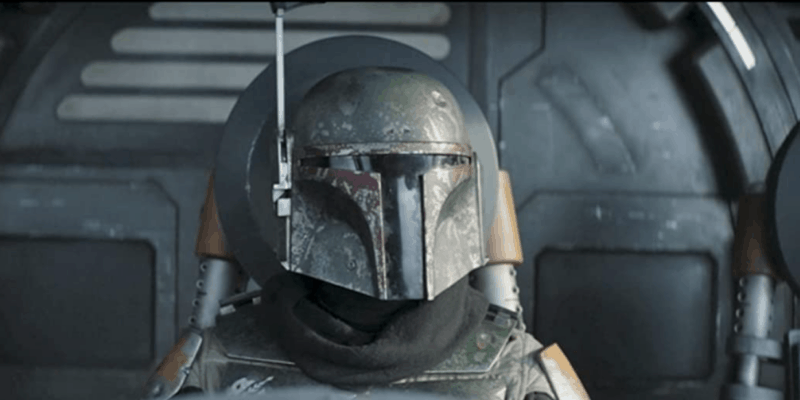 Over the past few weeks, few topics have been as popular in the Star Wars fan community as the possible renaming of Boba Fett’s starship, which has long been known as Slave I.

Astute fans first noticed something was up with the Star Wars ship — which originally belonged to the iconic bounty hunter’s “father”, Clone Army of the Republic template Jango Fett — when an upcoming LEGO set was generically called “Boba Fett’s Starship” instead of “Slave I”.

Then, in the ongoing War of the Bounty Hunters canon comic book series, Star Wars seemingly revealed the new name of the ship — Firespray. The name appeared in a list of bounty hunters and their ships, leading most fans to believe Firespray is, in fact the name Lucasfilm decided on for the starship — and most of them weren’t happy about it. The list reads:

The hunt for Han Solo [in War of the Bounty Hunters] has brought out the underworld’s most dangerous hunters and acclaimed Star Wars artist Paolo Villanelli’s new BOUNTY HUNTER SHIP BLUEPRINT VARIANT COVERS dynamically depicts them alongside their legendary ships. Fans can see the following characters and vehicles on variant covers throughout September:

· Bossk and The Hound’s Tooth

· Zuckuss and The Mist Hunter

· Valance Beilert and The Broken Wing

· Dengar and The Punishing One

Now, however, the saga continues, and it turns out Lucasfilm may not be renaming one of the most famous ships in the Star Wars franchise, or, at the very least, not calling it Firespray.

It’s important to note that the Fett family’s ship has always been a Firespray-31-class patrol and attack vessel, so now, it seems that “Firespray” may just be a placeholder for whatever Slave I’s new name actually ends up being — if it is even renamed at all.

iO9 attempted to contact Lucasfilm regarding the possibly major change to the existing Star Wars canon and shared:

That [the fact that Slave I is a Firespay-class ship] might offer an explanation as to why it’s referred to in Marvel’s solicitations as such, but as to whether or not it’s the new “official” name for Slave 1, Lucasfilm is remaining publicly silent. A request for comment by io9 about the confusion over Villanelli’s covers made to Lucasfilm has gone unanswered, as did previous requests for comments regarding Lego’s claims of an alleged mandate. We’ll update this post if we hear back from the studio, but for now, Boba Fett’s ship probably doesn’t have a new title in the galaxy far, far away, just yet.

Then, Slave I played a key role in the prequel trilogy movie, Star Wars: Episode II – Attack of the Clones (2002). Jedi Knight Obi-Wan Kenobi (Ewan McGregor) tracks Jango Fett (Temuera Morrison) to Kamino, where he discovers the Kaminoan cloning facilities that continue to play a huge part in the Star Wars story.

Most recently, Mandalorian director — and The Book of Boba Fett showrunner — Robert Rodriguez brought Boba Fett’s famous ship back to the Star Wars universe in The Mandalorian Season 2 (“Chapter 14: The Tragedy”) in the midst of the Battle of Tython, which saw Grogu (AKA “Baby Yoda”) kidnapped by Moff Gideon’s (Giancarlo Esposito) Dark Trooper squad.

The ship — whatever its name ends up being — is next expected to appear in Jon Favreau and Dave Filoni’s The Book of Boba Fett in December 2021.

What do you think “Boba Fett’s Starship” will ultimately be named?