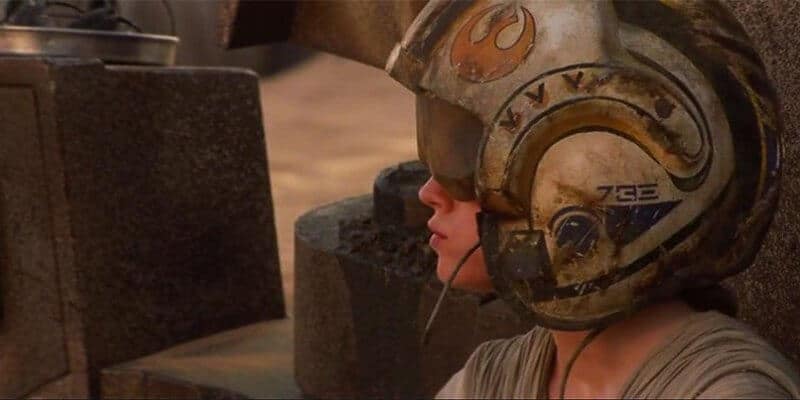 Right now, few details about the movie are known, except that Jenkins — the daughter of a fighter pilot father in real life — wants to make “the best fighter pilot movie of all time”.

We also know the plot, which Chris Pine has called “really, really great” will be loosely based on the 1998 Rogue Squadron video game and the novel series that began with “X-Wing: Rogue Squadron” — though it will feature a “new cast of characters”, Jenkins has previously said, indicated that Rogue Squadron will be unique from these Star Wars Expanded Universe projects.

The movie is likely to show a different side of the Rebel Alliance that doesn’t focus so heavily on Jedi Knight Luke Skywalker (Mark Hamill), Princess Leia (Carrie Fisher), and Han Solo (Harrison Ford), like George Lucas’s original trilogy did, or on the Skywalker family’s past, like the prequel trilogy.

But, what if the prequels actually gave us a clue about who the main character in Rogue Squadron could be? Reddit user BravestAnt1ne shared a post that posed this very question alongside a photo of young Anakin Skywalker (Jake Lloyd) in Star Wars: Episode I – The Phantom Menace (1999), writing:

Could Rogue Squadron follow the origins of Dosmit Raeh? (name on the helmet)

Could Rogue Squadron follow the origins of Dosmit Raeh? (name on the helmet) from starwarsspeculation

…a captain in the Alliance to Restore the Republic, a rebel group that opposed the reign of Sheev Palpatine’s Galactic Empire. A member of the Rebel Alliance Starfighter Corps, she flew a T-65B X-wing starfighter. Prior to the outbreak of the Galactic Civil War, she served with the Tierfon Yellow Aces, a Rebel starfighter squadron.

When Rey was a young girl, she dreamed up stories about Dosmit Ræh, a Rebel Alliance captain who fought in the Galactic Civil War. Her fascination with the Rebel captain inspired young Rey to create a doll using fabric from a flight suit she recovered[2] from a New Republic[1] cargo container. Rey eventually grew out of playing with the doll, but she kept the memory of Dosmit Ræh alive by keeping the doll and Ræh’s old flight helmet…

Although many Star Wars fans currently believe that Rogue Squadron will be set post-sequel trilogy, one Redditor who commented on the previously mentioned thread noted that this isn’t necessarily the case, and the X-wing in the movie’s logo could merely be a graphic design oversight:

The x-wing on the official logo is the ST version (the thrusters are slightly different iirc). Could be an oversight tho

Introducing Dosmit Raeh into the live-action Star Wars universe would actually fulfill many of the things Jenkins has said she wants to accomplish with her entry into the Star Wars story.

Earlier this month, she shared with The Hollywood Reporter:

“We’re finishing a script [Matthew Robinson (The Invention of Lying) is the screenwriter], crewing up, and it’s all going wonderful. I’m so excited about the story and excited that we’re the next chapter of Star Wars, which is such a responsibility and such an opportunity to really start some new things. It’s really exciting in that way.”

Since Raeh is already loosely intertwined with major Star Wars characters like Anakin Skywalker and Rey, she could serve as a sort of connective tissue between the legacy of the Star Wars franchise, the “responsibility” Jenkins feels to get her story right, and the “new things” the director wants to introduce with her crew of Starfighter pilots.

Furthermore, it’s clear that Lucas himself was interested in Raeh or he wouldn’t have chosen her helmet to be the one young Anakin put on years before his descent into Sith Lord Darth Vader.

Choosing a character first introduced by the Star Wars creator to lead the next chapter of the Star Wars movie universe would simultaneously be a bold move and an almost surefire way to appeal to the fandom.

Although only time will tell who is actually the main character of Star Wars: Rogue Squadron, Dosmit Raeh is an intriguing contender — and she could theoretically lead to cameos by the likes of fan-favorites like Jedi Knight Luke Skywalker (Mark Hamill) and Wedge Antilles (Denis Lawson) in some capacity or another.

What do you think? Could Star Wars Rogue Squadron be Dosmit Raeh’s origin story? Did George Lucas already effectively introduce the next Star Wars hero?