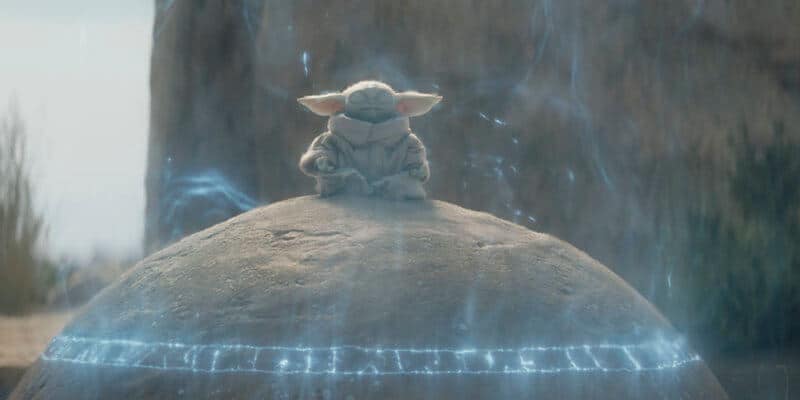 Ever since showrunner Jon Favreau and executive producer Dave Filoni graced the world with their hit Disney+ series, The Mandalorian, they’ve been fixing Star Wars plot holes left and right.

Perhaps most notably, the duo has used clone experiments by Doctor Pershing (Omid Abtahi) and Moff Gideon (Giancarlo Esposito) to explain both the bounty on Grogu’s head and the sheer existence of Supreme Leader Snoke in the Star Wars sequels — something that both JJ Abrams and Rian Johnson effectively failed to do in the final Skywalker Saga trilogy.

Now, Favreau and Filoni have done it again. As it turns out, The Mandalorian has answered another big question that has long loomed over the Star Wars galaxy. Why, exactly, are Jedi Padawans so young?

Beginning Force-sensitive younglings’ training at a very early age was the norm in the Republic before Emperor Palpatine (Ian McDiarmid) executed Order 66, but Lucasfilm’s movies — nor any supplemental Star Wars materials — ever revealed exactly why this was the case. As ScreenRant pointed out:

Even Anakin Skywalker, who was taken in by Qui-Gon Jinn from Tatooine after believing that he was the Chosen One, had to bid his mother goodbye in order to begin his training immediately – despite the Jedi Council believing Anakin was too old to be trained.

In The Mandalorian Season 2, Episode 5 (“Chapter 13: The Jedi”), however, Favreau and Filoni successfully clarified why children were taken from their parents at such a young age to train at the Jedi Temple on Coruscant — and, post-Order 66, at Luke Skywalker’s new Jedi Academy.

When bounty hunter Din Djarin (Pedro Pascal) meets former Jedi Ahsoka Tano (Rosario Dawson) on Corvus, she is able to communicate with “Baby Yoda” via the Force, ultimately revealing his real name — Grogu — and his backstory.

Related: Forget Luke And Grogu, ‘The Mandalorian’ Has Another More Powerful Jedi

As it turns out, the 50-year-old infant was actually present on Coruscant during Order 66 and was somehow saved. At the time, nearly 30 years earlier, Grogu would have been incredibly young.

Tano refuses to train Grogu herself — she asserts that his attachment to Djarin would make him too susceptible to the dark side. Her hesitation is understandable. As Anakin Skywalker’s former Padawan, Tano had a front-row seat to the choices that formed the future Darth Vader’s.

Tano suggests that Djarin should simply allow Grogu to go untrained, allowing his powers to fade from lack of use. As ScreenRant pointed out:

This effectively reveals why the Jedi started training Padawans early on, as leaving their powers untapped for an extended period of time can ultimately lead them to lose their Force sensitivity.

Notable exceptions to this rule are Anakin himself and Rey (Daisy Ridley) in the sequel trilogy. Rey didn’t begin her training with Jedi Master Luke Skywalker (Mark Hamill) on Ahch-To until she was grown. However, we know both Anakin and Rey had extremely strong Force-sensitivity, so it is likely that they are the exceptions to the rule.

What’s next for The Mandalorian?

The Mandalorian Season 3 has been confirmed and is expected to debut sometime in 2022, alongside spinoff series, Ahsoka. Pedro Pascal will reprise his role as beskar-clad hero Din Djarin and Rosario Dawson will return as Ahsoka Tano.

A second spinoff, Rangers of the New Republic, — that would have formed a sort of new Star Wars trilogy — has been put on hold following the firing of Gina Carano (Cara Dune).

At this time, it is unclear where Grogu will next appear. In The Mandalorian Season 2 finale episode, Djarin finally completed his quest to deliver his “son” to the Jedi Order, by way of none other than Luke Skywalker.

A Luke Skywalker-centric series starring Sebastian Stan — and Brie Larson as Mara Jade Skywalker — is rumored, but unconfirmed at this time.

As for what’s next in the ever-expanding Mandalorian saga, fans can look forward to The Book of Boba Fett with Ming-Na Wen (Fennec Shand) and Temuera Morrison (Boba Fett) in December 2021. Favreau has referred to the show as “the next chapter” of The Mandalorian, so there’s a lot to look to for Star Wars fans moving forward.

Are you glad Favreau and Filoni have used The Mandalorian to clear up yet another Star Wars plot point?