5 Huge Updates From 'Ghostbusters: Afterlife 2' - Inside the Magic 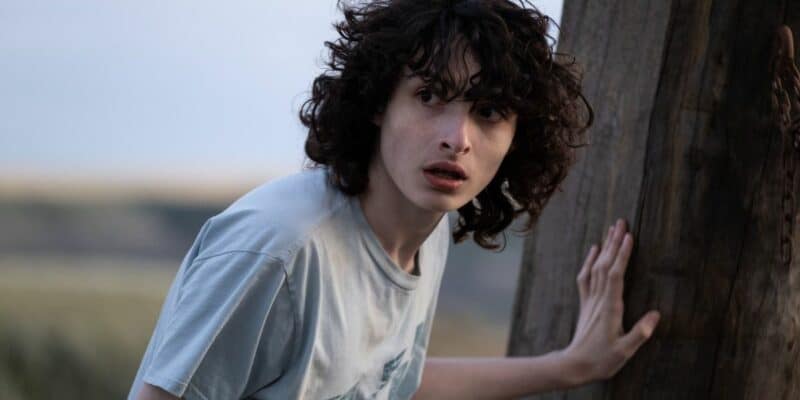 There was a time when the idea of a new Ghostbusters film just didn’t seem ever likely to happen. And once the reboot Ghostbusters: Answer the Call (2016) hit theaters, where it underwhelmed both critically and financially, any hopes for a sequel to the original two films, Ghostbusters (1984) and Ghostbusters II (1989), seemed futile.

Luckily, we were very wrong, and though say what you might about Paul Feig’s widely hated reboot, but its failure meant the restoration of the original Ghostbusters film series, much in the same way the latest Halloween films, for lack of a better term, “de-booted” that franchise, wiping anything that had come along since that original 1978 film by John Carpenter.

There have been quite a few updates for the Ghostbusters: Afterlife sequel in recent weeks, from casting announcements to filming locations, so let’s bring you up to speed.

Now, we’re already three films into the main Ghostbusters timeline (four if you so wish to include Answer the Call). Ghostbusters: Afterlife (2021) reached impressive heights at the box office in 2021, impressing fans and critics alike. It’s not without its flaws, of course, with many considering the film a somewhat “safe” but solid entry in the series.

Suddenly, a fifth Ghostbusters film is already in development (although, understandably, many have taken to calling it Ghostbusters 4). Going under the codename Firehouse, the Ghostbusters: Afterlife sequel is being directed by Gil Kenan (who co-write the 2021 sequel) and written by both Kenan and Afterlife director Jason Reitman.

2. The Afterlife “Ensemble” Is Back

The film will “continue the Spengler family story”, however, this time it won’t take place in Oklahoma, instead returning to the “home” of Ghostbusters, New York City. Afterlife‘s post-credits scene even teases this, showing the Ecto-1 returning to its rightful place in the old Ghostbusters firehouse, while Winston Zeddemore (Ernie Hudson) opens the doors.

We also know that all the characters introduced in Afterlife will be returning, with McKenna Grace, Finn Wolfhard, Celeste O’Conner, Carrie Coon, and Paul Rudd reprising their roles as Phoebe, Trevor, Lucky, Callie, and Gary Grooberson, respectively. It has now also been confirmed that Ernie Hudson will also be returning, stepping back into the boots of Winston Zeddemore.

3. Winston Zeddemore Is Back

On The Kelly Clarkson Show, when asked if he was returning for the new film, Hudson said, “There will be another Ghostbusters that I can definitely say. Thanks to all the fans. They loved [Ghostbusters: Afterlife], so we’ll be making another Ghostbusters. And I’m happy to say that Winston, the character that I play, is now a billionaire, so he has a little bit more freedom.”

Winston’s new-found financial freedom was recently explored in the asymmetrical multiplayer game Ghostbusters: Spirits Unleashed (2022), in which Ernie Hudson reprises his role as the character, with Dan Aykroyd also providing the voice of his Ghostbuster character Dr. Ray Stantz. Whether or not the game is canon, though, remains to be seen in the upcoming film.

4. The Stay Puft Marshmallow Man Is Back

Recently, special effects artist and actor Billy Bryan also confirmed his involvement in Ghostbusters 4. Bryan is best known for creating and portraying iconic Ghostbusters villain the Stay Puft Marshmallow Man in the original Ghostbusters. Details of his role are yet to be revealed, but it’s likely he has been brought back in a production capacity, rather than acting.

No Ghostbusters villains have been confirmed for the upcoming film, though, and plot details are being kept under wraps. With the franchise back in New York City, however, and with Afterlife‘s post-credits scene suggesting that the Ecto-Containment Unit is about to “leak” somehow, we wouldn’t be surprised if some familiar spooks made a comeback a second time round.

Filming is expected to begin in March in London in the United Kingdom (your guess is as good as ours), while the film is scheduled for a December release. And now, director Gil Kenan has taken to Instagram to announce the beginning of the film’s production. Standing outside the iconic Ghostbusters firehouse in Tribeca, Manhattan, Kenan says the following in a caption:

I love this building so much ❤️ cannot wait to share the new ghostbusters story that @jasonreitman and I have written with the world. (could not fit the whole fire house in frame so have used cutting-edge computer VFX to add it in)