Is the 2016 'Ghostbusters' Reboot Getting a Sequel? - Inside the Magic 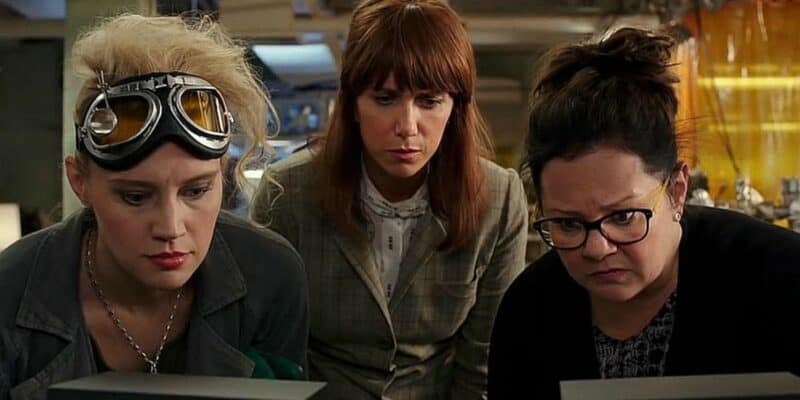 Ghostbusters: Answer the Call (2016) is a widely hated film, while poor box office returns, bad reviews, and backlash from fans also stopped new films in this timeline from ever happening. Instead, Sony Pictures wasted no time in greenlighting a sequel to the original two Ghostbusters films.

Ghostbusters: Afterlife (2021) was a huge success, so much so that yet another sequel was announced earlier this year, and will be arriving in theaters next December. All the cast members introduced in that film are expected to return, and it will take place in New York City.

But will Paul Feig’s 2016 reboot ever get a sequel? Well, never say never, because when it comes to movies, we live in an age where almost anything is possible. It’s still very unlikely, of course, but can anything from that film be salvaged in a follow-up that’s given a lot more care and attention?

If a sequel to Ghostbusters: Answer the Call does happen, here are a few things it needs to improve upon!

1. Focus on the Mythology

If there’s one thing Ghostbusters: Answer the Call gets right, it’s some of the mythology. As it’s a reboot of the 1984 film, it doesn’t recycle any of the lore (although you could argue that a lot of it is a carbon copy, with Rowan the Destroyer basically being Gozer the Gozerian).

One stand-out subplot in the film is that of Aldridge Manor, which is introduced in the opening sequence, in which ghost tour guide Garrett (Zach Woods) winds up being terrorized for real by the bioluminescent ghost of Gertrude Aldridge (Bess Rous).

Erin Gilbert (Kristen Wiig) also has an interesting backstory, as we learn she was haunted by a ghost when she was young. And then there’s the fact that New York City is home to supernatural fault lines known as “Ley Lines”, which, at intersecting points, create portals to ghostly dimensions (it’s a pretty neat idea).

This is all much better explained in the film’s tie-in novel by Nancy Holder, though, and the film hardly goes a great job at delving too deep, but they can always be further explored in a sequel.

Even if Ghostbusters: Answer the Call turned out to be a great addition to the franchise from a narrative point of view (which it most definitely is not), the film’s color pallet is so bold that it only lends to the criticism that the whole thing feels like Scooby-Doo.

And though some of the ghosts look pretty good — Rowan the Destroyer and Slimer, for example — there are others who look like cartoon characters. While a sequel would hopefully be busy making many other important corrections, it would still need to dial these cartoonish features down.

The same can of course be said about some of the ghosts in the other movies, but at least they manage to strike a balance between goofy and serious, and none of them look like they’ve been plucked from an actual cartoon (except maybe for Muncher from Ghostbusters: Afterlife).

A sequel to Ghostbusters: Answer the Call wouldn’t need to abandon some of the franchise’s goofier aspects entirely, but it would need to make some sacrifices if it’s going for a tonal shift.

3. Drop Some of the Characters

One of the many bad things about Ghostbusters: Answer the Call is its characters. Simply put, they aren’t funny, and this doesn’t just include the main line up, as it extends to background characters too (with the exception of Andrew Garcia’s Mayor Bradley, who provides a few hilarious gags).

We do, however, think that there are some characters worth saving, with the first one being Erin Gilbert, who at least has an interesting backstory, even if you do have to watch the uncut version of the film or read the tie-in novel to fully understand it all.

Then there’s Jillian Holtzmann (Kate McKinnon), who is the only character the filmmakers made an effort with in terms of style (she looks like a Ghostbuster). With that said, some work would be needed to make her feel less like a cartoon character and more like an actual human being.

As for Abby Yates (Melissa McCarthy) and Patty Tolan (Leslie Jones), while a sequel wouldn’t need to abandon them completely, their very loud and obnoxious comedy style does the 2016 film no favors.

4. Give Up on Trying to Be Funny

Despite its many flaws, whether its poor characterization or paper-thin storytelling, the one thing Ghostbusters: Answer the Call fails at on an astronomical level is comedy. Comedy is, of course, subjective, but the general consensus is that this film just isn’t funny.

Sure, there are a few laugh-out-loud moments, but overall, the humor is very forced, and this is largely down to the fact that most of the actors are ad-libbing, while the film employs a Saturday Night Live style of humor (it’s no coincidence that most of the cast are SNL regulars).

We’re not suggesting a sequel should be without humor, but it seems that Ghostbusters: Answer the Call is so preoccupied with trying to be as funny as the original 1984 film, that it misses the point entirely. Ghostbusters (1984) is a brilliant comedy, but it relies mostly on the art of subtlety.

In the case of the reboot, however, subtlety is nowhere to be seen, and the whole thing just comes off as obnoxious. As such, a sequel would do well to learn a smidgeon of humility.

Did you know that there’s a Ghostbusters Multiverse? You didn’t think that DC and Marvel had the monopoly on multiverses, did you? If you’re familiar with IDW Publishing’s long-running “Ghostbusters” comic book series, then you’ll know all about all the other Ghostbusters dimensions.

The comic books use this tool more often than not, as there are a number of crossovers in which the original Ghostbusters cross paths (or streams) with characters from the animated shows The Real Ghostbusters (1986) and Extreme Ghostbusters (1997) and beyond.

It doesn’t just end there, though, as the female Ghostbusters from the Ghostbusters: Answer the Call are also brought into the fold, which results in an epic crossover between the original film and the reboot. In fact, the 2016 film wasn’t even the first female-led story in the franchise.

But the reboot already laid the groundwork for a multiverse concept, as its post-credit scene shows Abby, Erin, Jillian, and Patty listening to EVP (electronic voice phenomenon) and hearing the word “Zuul”, which may be suggesting that they’ve tapped into the frequency of another dimension — that of the other Ghostbusters movies!

While a sequel to the 2016 reboot will probably never happen, it’s entirely possible the female Ghostbusters will show up in a future Ghostbusters movie, especially with the multiverse concept being so popular lately.

As per Sony Pictures, here’s the synopsis for Ghostbusters: Answer the Call:

Ghostbusters makes its long-awaited return with Director Paul Feig’s unique and hilarious take on the classic, supernatural comedy, led by the freshest minds in comedy today, Melissa McCarthy, Kristen Wiig, Kate McKinnon, Leslie Jones, and Chris Hemsworth.  Together they team-up to save Manhattan from a sudden invasion of spirits, spooks and slime that engulfs the city. Robert Abele of TheWrap says, “This new A-team of ghostbusters are fresh and funny.”

A new “Ghostbusters” comic book series is also expected in 2023, which, alongside Ghostbusters: Spirits Unleashed and the upcoming live-action sequel, is one of three sequels to Ghostbusters: Afterlife.

Would you like to see a sequel to Ghostbusters: Answer the Call? Let us know in the comments down below!

Comments Off on Is the 2016 ‘Ghostbusters’ Reboot Getting a Sequel?