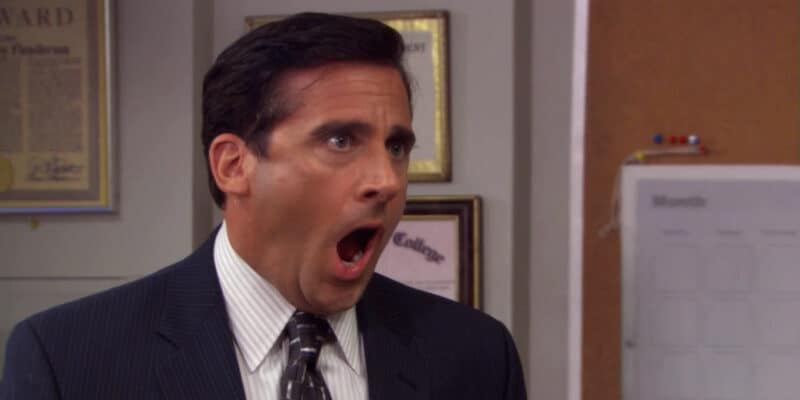 The Office (2005) is home to many characters, some you love, some you hate, and some who reside somewhere in between. While it is best-known for its regulars, such as Michael Scott (Steve Carrell), Dwight Schrute (Rainn Wilson), Jim Halpert (John Krasinski), Pam Beesly (Jenna Fischer), and many more, The Office also welcomes just as many short-term characters.

Among such characters is Gabe Lewis, who first arrives in the Season 6 episode “Sabre”, in which Dunder Mifflin has been bought out by Sabre, which is run by the Tallahassee-born Jo Bennett (Cathy Bates). Gabe is the “Coordinating Director of Emerging Regions”, and until Season 7’s “Search Committee Part 2”, he spends a lot of time at Dunder Mifflin’s Scranton branch.

Related: All Main Characters From ‘The Office’ (US) Ranked From Worst to Best

It’s well known that the many cast and crew members of The Office created lifelong friendships while working on the show, which is evident from the “Office Ladies Podcast” alone, which is hosted by Angela Kinsey and Jenna Fischer, who play Angela Martin and Pam Beesly in the show.

The pair even have their own dual-biographical book titled “The Office BFFs” (2022). Both the podcast and the book recall many fond memories from the show, however, for Gabe Lewis actor Zach Woods, recalling his on-screen counterpart doesn’t appear to bring him much joy.

Zach Woods, 38, was recently interviewed by ComicBook.com, in which he discussed his character from The Office, saying that, while he loved playing him, that he still has some issues with it. Here’s what he had to say about his experience in playing the character:

“I loved playing Gabe, but that was my first job really, TV job. That poor man, I would be happy to never spend another instant in his skin. Even though I have great affection for him. It was a fun part to play because it’s a funny show, but to be Gabe is not something I would wish on anybody, especially on Gabe.”

Clearly, Woods is referring to Gabe Lewis himself, as opposed to his experience in playing him (which is great news, as we hate the thought of anyone having a bad experience on The Office). And we get it — Gabe is often the butt of many cruel jokes throughout the show.

While no one in The Office is immune to cruel jokes (Season 6’s “Secretary’s Day”, in which Kevin Malone is bullied by almost all of his employees, remains a bone of contention with many fans), Gabe is even more down-on-his-luck than HR rep Toby Flenderson (Paul Lieberstein)!

After being ceremoniously dumped by Erin Hannon (Ellie Kemper) at the last ever “Dundies Awards” (in the Season 7 episode “Michael’s Last Dundies”), Gabe becomes an even more unfortunate character than before, which saw him as Jo Bennett’s corporate lapdog.

Gabe turns into something of a stalker as he desperately tries to win back Erin’s affection, all the while targeting Andy Bernard (Ed Helms), who he believes is the cause of their break-up. And it’s this that sees his character go from being a corporate stiff to a depressed office pariah.

Nevertheless, like many other characters in the show, Gabe provides plenty of laughs. In fact, his best line has to be in the Season 8 episode “Trivia”. After being relocated to Sabre HQ in Tallahassee, his time is split between the Florida capital and Scranton in the most senseless way.

He says, “So, Tuesdays and Thursdays, I’m up there. Mondays, Wednesdays, and Fridays, I’m down here… I can think of no better way to confront my deathly fear of flying.”

Well, we love Zach Woods and Gabe Lewis! Woods is even one of the better parts of the controversial Ghostbusters reboot, Ghostbusters: Answer the Call (2016), in which he plays haunted house tour guide Garrett, in what is arguably one of the best sequences in the film.

And that’s just all the regulars!

What do you think of Gabe Lewis in The Office? And who’s your favorite character? Let us know in the comments down below!