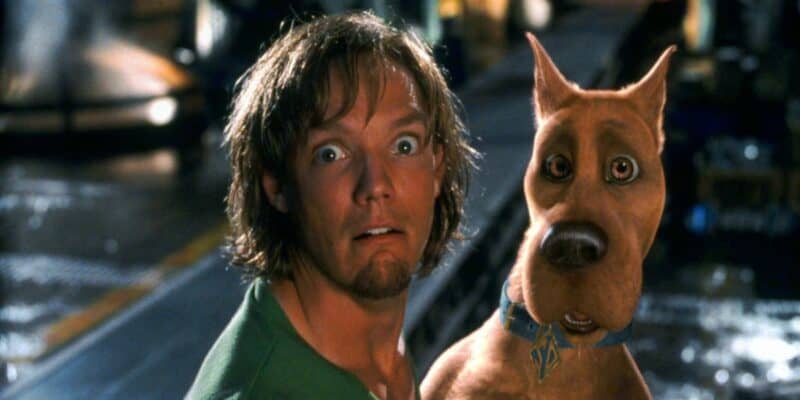 Scooby-Doo, where are you?! It’s a good question considering it’s been 18 years since the last live-action movie. Sure, there have been a few straight-to-video prequels and the CG-animated reboot Scoob! (2020), but they were just something to keep those “pesky kids” entertained.

That’s not to suggest the two movies were intended for adults, of course, although they are bursting at the seams with many innuendos. But what if there was a Scooby-Doo movie for adults? Well, it could actually be on the cards, with a certain Marvel director possibly at the helm.

While in no way masterpieces, the films definitely capture the charm and spirit of the animated show. Naturally, they were torn apart by critics, despite doing exactly what it said on the tin, though they grossed a combined $456.9 million at the box office (that’s a lot of Scooby snacks!).

The Guardians of the Galaxy Trilogy director James Gunn actually co-wrote the script for Scooby-Doo (2002), and penned the script for its sequel Scooby-Doo: Monsters Unleashed (2004). Yes, the man behind horror movies such as Slither (2006) and Brightburn (2019).

Recently, Gunn took to Twitter to celebrate the 20-year anniversary of the original 2002 Scooby-Doo movie. Here’s what he said in his post:

“#ScoobyDoo was released 20 ago today. Saturday I got a call from the head of Warner Bros at 5:30 am, telling me we were going to have the biggest June opening ever. My life changed in one moment; I’m incredibly grateful for that & everything since.”

#ScoobyDoo was released 20 ago today. Saturday I got a call from the head of Warner Bros at 5:30 am, telling me we were going to have the biggest June opening ever. My life changed in one moment; I'm incredibly grateful for that & everything since. pic.twitter.com/Ydrk0f7tnj

That first Scooby-Doo movie clearly holds a lot of meaning to The Suicide Squad (2021) director. And now, he has responded to a fan on Twitter who has asked if there’s any scope for an R-rated Scooby-Doo movie with the original cast.

Here’s what the fan, Brian Particelli, asked Gunn on Twitter:

“Okay, @MatthewLillard @JamesGunn @SarahMGellar @RealFPJr @lindacardellini … what do we have to do to make this happen? Do we start with a hashtag?”

As you can see, Freddie Prinze Jr responded, saying, “Rightly or wrong they don’t have the guts to make that movie.”

The fan’s question follows a recent interview with Too Fab in which Matthew Lillard said that he loves the idea of a grown-up live-action version, using Zack Snyder’s Justice League (2021) as an example for how effective social media campaigns can be. He said:

“Listen, I think that, if you can get the Snyder Cut of Batman out, I don’t know there’s a reason why you can’t get that version [of Scooby-Doo] out. It’s up to the fans. I think that people listen, especially these days, to social media, they listen to fans and that fandom is really strong.” Lillard later added that an R-rated reboot “would be a super fun thing to see.”

Related: You Can Stay In Scooby-Doo’s Legendary Mystery Machine For $20

Here’s what Gunn said in response to the fan:

“I think they’d do it if we asked. I just don’t think I have the time right now!!

I think they’d do it if we asked. I just don’t think I have the time right now!

While it would appear that Gunn doesn’t currently have the time for such a project, never say never. After all, there is an adult-friendly live-action spin-off series titled Velma (TBA) in the works from The Office‘s Mindy Kailing, which will premiere on HBO Max,.

But in many ways, Scooby-Doo already became an R-rated movie, as Scream (1996) and its many sequels take plenty of inspiration — a group of characters trying to solve the identity of a mysterious villain (who would always get away with it if it wasn’t for those pesky kids).

And in cult classic TV series Buffy the Vampire Slayer (1997), which also stars Sarah Michelle Gellar in the lead role, the characters are collectively referred to as the “Scooby Gang.” But here’s to hoping to we actually get an R-rated Scooby-Doo movie.

Would you like to see an R-rated Scooby-Doo movie? Let us know in the comments down below!