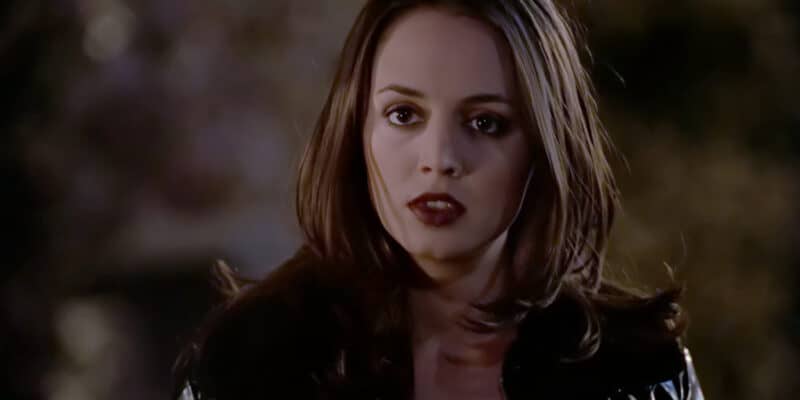 The 25th anniversary of Buffy the Vampire Slayer (1997 — 2003) calls for many celebrations, but there’s nothing more fun than looking back at all the things we love about the supernatural teen horror/drama, and its spin-off Angel (1999 — 2004), both of which were created by Joss Whedon. Or is there? Sometimes, it’s just as fun to look back at the things we didn’t like!

In this instance, we’ve handpicked select characters from both shows who we found to be the most annoying at certain periods during their tenure, whether it’s for a number of episodes, an entire season, or even longer. In fact, some are annoying during their entire time on either show! But then what’s a good TV show without its fair share of irksome regulars?

Here are the five most annoying characters from Buffy the Vampire Slayer and Angel.

Willow Rosenberg (Alyson Hannigan) is one of the most beloved characters from Buffy the Vampire Slayer, and is part of the original “Scooby Gang”, which includes Buffy Summers (Sarah Michelle Gellar), Xander Harris (Nicholas Brendan), and Rupert Giles (Anthony Head).

Throughout the entire series, Willow is an incredibly useful member of the gang — first, she relies on her intelligence and other resources to aid the Slayer in taking down dark forces, but in later seasons, couples this with the powers she has developed as a devout Wiccan.

In Season 6’s “Seeing Red”, however, Willow watches the love of her life, Tara (Amber Benson), die from a gunshot wound, after being shot by Warren (Adam Busch) during a revenge attack against Buffy. As a result, the powerful Willow turns evil, and unleashes hell upon Sunnydale.

But we actually love “Dark Willow” (she’s one of the best Buffy the Vampire Slayer villains) — it’s in the episodes leading up to her transformation that we find her hard to watch, as her arrogance leads her to become addicted to dark magic, putting her friends’ lives in danger in the process.

Just like Buffy the Vampire Slayer, all four seasons of spin-off show Angel is full of annoying characters, but none get under your skin quite as much as Lindsey McDonald (Christian Kane), the young lawyer who works at LA’s evil law firm, Wolfram and Hart.

When vampire-with-a-soul Angel (David Boreanaz) arrives in town, Lindsey is quick to rise to the challenge of acting as one of many obstacles for our titular hero. While we often see glimmers of humanity in Lindsey, his hunger for power always overpowers any good he has left.

In short, Lindsey is an entitled, hot-headed, and somewhat pretentious character who winds up becoming obsessed with his own destiny, as well as his long feud with Angel. And don’t get us started on his cringeworthy obsession with Darla throughout Season 2 (Julie Benz)…

There is some redemption, though, when he ends up joining Angel Investigations in Season 5. However, in true Lindsey fashion, he has plans for himself once the apocalypse is out of the way. Thankfully, though, fan-favorite character Lorne (the late Andy Hallet) “silences” him!

Sometimes, the star of a TV show can be one of the most annoying characters, and unfortunately, Buffy is no exception. While it’s fair to say that she has annoying moments throughout all seven seasons of Buffy the Vampire Slayer, the titular hero is pretty exhausting to watch in Season 7.

While preparing the Potential Slayers for all-out war against The First Evil, Buffy loses sight of what it means to be a leader, and is consequently ousted by the Scooby Gang — Xander, Willow, Giles, Anya (Emma Caulfield), Faith (Eliza Dushku), and sister Dawn (Michelle Trachtenberg).

Prior to being kicked out of her own house (and given how annoying she is, it’s strangely hilarious to watch), Buffy’s motivational speeches leave a lot to be desired, as her hardened approach to leading her fellow Slayers, while logical, renders her character completely devoid of any warmth.

Thankfully, Buffy is given a second chance, and ends up leading her army into war against the dark forces in the finale, “Chosen”, which is easily one of the best episodes in the entire show. And her pre-battle speech to the Scooby Gang and the Potentials is enough to give even your goosebumps goosebumps!

Faith, the Slayer with an attitude, makes her first appearance in Buffy the Vampire Slayer Season 3’s “Faith, Trick and Hope”, and is a recurring character in both shows. But while she goes through many changes along the way, it’s difficult to shake off just how awful she is in Season 3.

And by “awful”, we don’t mean that Eliza Dushku is bad – she’s brilliant. It’s the character of Faith who’s hard to stomach, as she goes from rebellious-teenager-with-super-powers to a straight-up psychopath who’s in cahoots with the evil Mayor Richard Wilkins (Harry Groener).

Sure, she’s entertaining to watch in Season 3, and in every season she appears in thereafter, whether it’s Buffy the Vampire Slayer or Angel, but her debut-season finds her at her worst. Ultimately, though, it’s great to watch Faith get set up by Angel and outed in front of Buffy and the rest of the Scooby Gang in the episode “Enemies”.

Faith doesn’t return until Buffy the Vampire Slayer Season 4’s “Who Are You?”, during which she switches bodies with Buffy. But following Angel Season 1’s “Five By Five”, in which she tortures poor Wesley Wyndam-Pryce (Alexis Denisof), Faith finally becomes one of the good guys, and returns in both shows to help their respective Scooby Gangs.

Where do we start with Connor (Vincent Kartheiser), the son of vampires Angel and Darla? Technically speaking, Connor makes his first appearance in Season 3’s “Lullaby”, but let it be said that we have absolutely nothing against the adorable baby-version of the character!

The teenage-version, however, who arrives in the Season 3 episode “The Price”, is incredibly annoying. In the episode, Connor has escaped from a hell dimension after somewhere between 16 and 18 years, which turns out to have only been a few months for Angel and the gang!

We all know that teenagers can be annoying and miserable, but Connor gives this a whole new meaning. In his defense, though, he is the spawn of two vampires and was raised in a hell dimension. Nevertheless, as far as characters go, Connor is as annoying as they come.

In Season 3, he’s constantly locking horns with his father, but it’s Season 4 that seals the deal, as he becomes the minion to an evil Cordelia Chase (Charisma Carpenter). Fortunately, after getting his memory wiped by Wolfram and Hart in Season 5, he becomes much more likable, and even redeems himself slightly by helping Angel in the show’s epic finale, “Not Fade Away.”

While Buffy the Vampire Slayer and Angel have long since come to an end, the “Buffyverse” continues in a brand-new YA novel by author Kendare Blake, titled “In Every Generation” (2022), which is now available to purchase as part of Buffy the Vampire Slayer’s 25th anniversary (the official date being March 10). The book follows a new Scooby Gang, this time led by Willow’s daughter, Frankie, who isn’t just a powerful witch like her mother, but also the next Slayer.

Which characters do you find the most annoying in Buffy the Vampire Slayer and Angel?