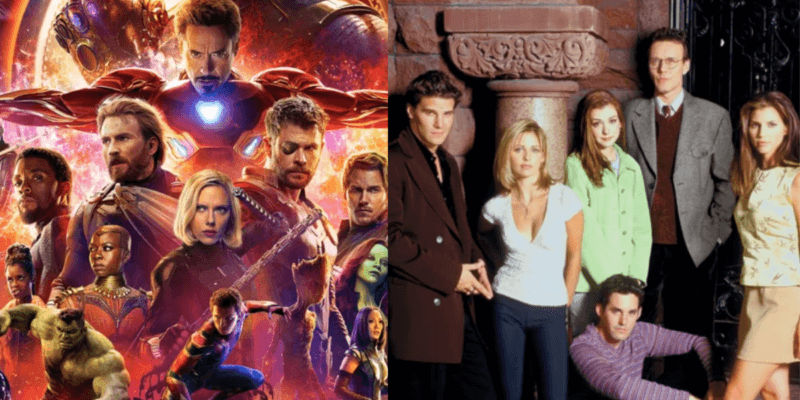 Everyone knows that the Marvel Cinematic Universe is a vast and ever-expanding franchise. The hundreds of actors that fill up its roster are the best. So, it’s no surprise to see them popping up in other films and television shows. But did you know how many actors from Buffy the Vampire Slayer and its spinoff Angel have made their way to the MCU?

Buffy the Vampire Slayer was must-watch TV when it first aired in 1997. It was a television adaptation of the film Buffy the Vampire Slayer (1992) directed by Fran Rubel Kuzui, starring Kristy Swanson as Buffy and Luke Perry as her love interest. Pike. The film was written by Josh Whedon, who went on to develop the television series that starred Sarah Michelle Gellar as the titular slayer. Whedon has since received backlash for his treatment of actors behind the scenes both on Buffy and in Marvel, though the shows remain popular among their loyal fan bases.

The show also featured Nicholas Brendon as Xander Harris, Alyson Hannigan as Willow Rosenberg, and Anthony Steward Head as her watcher Rupert Giles. It lasted seven seasons and supported an equally beloved spinoff Angel starring David Boreanaz as the vampire with a soul that had another five seasons on its own.

One main actor from the Marvel Cinematic Universe got his start in an episode of Angel. Jeremy Renner (Clint Barton/Hawkeye) played a vampire named Penn in Season 1, Episode 11 Somnambulist. He appeared long before he was introduced by Marvel Studios in Thor (2011), and took center stage in Avengers (2012) as the bow and arrow singling SHIELD agent. Hawkeye will be getting his own Disney+ series later this year.

Nathan Fillion made his big break playing Malcolm “Mal” Reynolds on Firefly, but he only got that part after he had a long arc as the villain Caleb in the final season of Buffy the Vampire Slayer, which aired in 2003. Fillion did appear in Guardians of the Galaxy (2014) as Monstrous Inmate when Marvel’s band of reluctant space heroes are trying to break out of the Kyln, the prison run by the Nova Corps.

But everyone knows that Nathan Fillion has been campaigning to play Wonder Man/ Simon Williams. James Gunn wanted Nathan Fillion to appear in Guardians of the Galaxy Vol. 2 (2017). He was ultimately cut.

Fans thought they might get Wonder Man in WandaVision since he is a frequent love interest of Wanda Maximoff/Scarlet Witch (Elizabeth Olsen) in Marvel Comics. While he did not appear, Fillion has voiced Wonder Man in the Hulu original animated Marvel series M.O.D.O.K.

In a blink-and-you’ll-miss-it cameo in the post credits scene from The Avengers (2012), Alexis Denisof shows up as The Other, the servant of Thanos (Josh Brolin). He reprises his role in Guardians of the Galaxy but is notably absent from the resent of Thanos’s children in Avengers: Infinity War (2018) and Avengers: Endgame (2019).

But most people know Alexis Denisof as the cowardly and meek watcher Wesley Wyndam-Price from Buffy the Vampire Slayer. His character was one of a few that made the jump to the spinoff Angel alongside co-star Charisma Carpenter as Cordelia Chase. It was on Angel that his character Wesley had the most development and eventually ended the series as one of the more serious and tough characters.

It seemed like during WandaVision, everyone was talking about how head writer Jac Schaeffer cast Emma Caulfield as Dottie Jones/ Sarah Proctor. When Marvel fans were still trying to unravel the mysterious circumstances that Wanda and Vision (Paul Bettany) found themselves in, they keyed on a red-haring clue of Dottie’s casting to suggest she might have been Mephisto or Arcanna Jones.

Emma Caulfield played Anya Jenkins/Anyanka on Buffy, a vengeance demon since to Sunnydale to get revenge for a scorned woman. Though, she became a member of the Scoobie Gang after losing her powers and falling in love with Xander. Marvel fans thought she could play a demon again in the MCU. However, she ended up as another of Wanda’s hostages.

Seth Green is known as a voice actor on Robot Chicken as well as his character on Buffy the Vampire Slayer Daniel ‘Oz’ Osbourne, the werewolf love interest of Willow, Buffy’s best friend. He also voiced Howard the Duck in Guardians of the Galaxy.

And, while Howard appeared in the background of the climactic fight in Endgame, he had no lines. However, You can spot Seth Green as an uncredited Stark Expo guest in Iron Man 2 (2010).

Gunn also had two roles in the Guardians of the Galaxy franchise, directed by his broth James Gunn. He is on screen as the ravenger Kraglin but also does all the motion capture for Rocket Raccoon (voiced by Bradley Cooper).

Amy Acker played Winifred ‘Fred’ Burkle and later the demon Illyria on Angel. The team rescued Fred from a demon dimension. Then she served as a love interest for Alexis Denisof’s Wesley and Charles Gunn (J August Richards).

Acker never appeared on screen in any of the Marvel movies. However, Agent Phil Coulson (Clark Gregg) mentions her character Audrey Nathan in The Avengers as he walks off with Pepper Potts (Gwyneth Paltrow). Audrey was the at the time unnamed violinist girlfriend. She later appeared on Agents of SHIELD season 1, episode 19, The Only Light in the Darkness.

And, if you consider the early seasons of SHIELD as part of the MCU then J August Richards also counts as played Charles Gunn on Angel and Mike Peterson/Deathlok on Agents of SHIELD.

Let us know in the comments if we missed anyone! Keep in mind we’re only talking about Buffy and Angel here, not the rest of the Whedonverse.