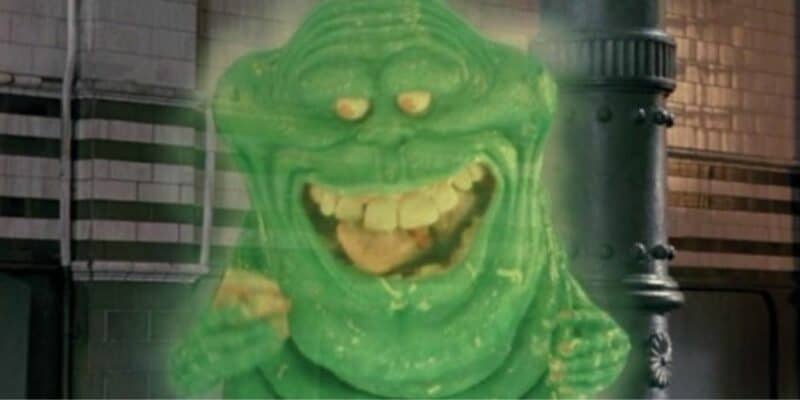 Ghostbusters 4 (2023) will be arriving in theaters late next year, and though we’re all pretty excited, we’ve no idea what the fourth installment will be about, other than that it will take place in New York City instead of Summerville in Oklahoma.

We also know that its working title is Firehouse. While of course a neat throwback to the original films, this does have us worried that the film will be dripping with all sorts of references like Ghostbusters: Afterlife (2021).

So, here are five things Ghostbusters 4 must get right.

It’s fair to say that some of the Ghostbusters villains are just as iconic as the original Ghostbusters themselves. Whether it’s the Stay Puft Marshmallow Man, Vigo the Carpathian, Slimer, or the Terror Dogs, they’re some of the most iconic movie villains ever.

However, despite being a solid sequel to the first two Ghostbusters installments, and a wonderful homage to the late Harold Ramis (who plays Dr. Egon Spengler in those films), Ghostbusters: Afterlife recycles the same villains from Ghostbusters (1984).

While it does exchange New York City for a backwater town in Oklahoma, it has no new villains, as Gozer the Gozerian (Olivia Munn), the Terror Dogs, and the Stay Puft Marshmallow Man (this time in miniature and multiplied form) all make a comeback.

It’s high time Ghostbusters introduced some new and compelling villains. And if the filmmakers are struggling to come up with something new, there are plenty of interesting entities in IDW Publishing’s long-running “Ghostbusters” comic book series.

Ghostbusters: Afterlife doesn’t just reuse villains from the original 1984 film — it leans heavily into the nostalgia, as it’s dripping with more Easter eggs and references to that film than it is with ectoplasm. Nostalgia is, of course, a wonderful thing, but too much of anything is never good.

That’s not to say that seeing Phoebe Spengler (McKenna Grace) discover all the Ghostbusters’ equipment hidden away in her grandfather’s old farmhouse, for example, doesn’t give us the warm and fuzzies, but it reaches a point in the film where it all feels a bit too on the nose.

Seeing containers of spores, molds, and fungus, tubs of pink “psychomagnotheric” slime from Ghostbusters II (1989), and old photographs of the original Ghostbusters is fun and all, but we’d rather Ghostbusters: Afterlife — or any legacy sequel — tries to stand on its own legs.

3. Keep Legacy Characters to a Minimum

We’re not quite done with relying too much on the past just yet, though many fans might consider the idea of moving on from the original Ghostbusters total sacrilege (even if those same fans complain that Ghostbusters: Afterlife relies way too much on cameos and nostalgia — go figure).

It’s an absolute joy to see all four of the original Ghostbusters back on the screen together (and busting ghosts at the same time), but if Ghostbusters: Afterlife proves anything, it’s that Ghostbusters can exist without those characters.

With that said, recently, Ernie Hudson did seemingly confirm his return in Ghostbusters 4, and to risk sounding a little hypocritical, we’d make an exception for Winston Zeddemore, seeing as he’s criminally underused in the original two films.

Ghostbusters: Afterlife might be a relatively family-friendly affair, but the first two Ghostbusters movies are anything but. Sure, all the many innuendos might go over a child’s head, but skeleton-cabdrivers, bloodied heads on sticks, and evil flying nannies definitely won’t.

Ghostbusters: Afterlife works hard to capture that tone of its predecessors, but what it ultimately lacks is the edge that makes Ghostbusters and Ghostbusters II work so well. While a supernatural comedy almost in its entirety, the original film, reaches moments of relative seriousness, while its 1989 sequel has more than its fair share of horror.

Just before the arrival of Gozer the Gozerian (Slavitza Jovan), fluorescent ethereal tendrils snake all about the Manhattan skyline as the dead rise from their graves. The brilliant song “Magic” by Mick Smiley helps make this scene particularly chilling and hair-raising.

Ghostbusters 4 would do well to go a little darker, or at the very least try to find that fine balance between comedy and genuine apocalyptic threat. And let’s not forget that the Stay Puft Marshmallow Man is also oddly terrifying in the original 1984 film!

Ghostbusters: Afterlife gets many things right, but if there’s something it definitely falls short on, it’s world-building. While it does a far better job than Ghostbusters: Answer the Call (2016), we can’t help but feel that, like the reboot, it isn’t concerned with building the Ghostbusters universe.

One could argue that, as Ghostbusters: Afterlife relocates the franchise from New York to Oklahoma, it opens up the world of Ghostbusters. But once there, all it does is rehash the same old villains and storylines we’ve already seen in the original 1984 film.

Is Gozer the only supernatural entity people need to worry about in the Ghostbusters universe? Did the original Ghostbusters not hire any new employees to help them after Ghostbusters II? And why are we heading back to New York City already? What’s new?

There’s a wealth of material in IDW Publishing’s “Ghostbusters” comic book series, including new villains, interesting characters, and exciting storylines. We can only hope that Ghostbusters 4 realizes the potential of the wider franchise, and utilizes some of the material available.

What do you think Ghostbusters 4 needs to get right? Let us know in the comments down below!