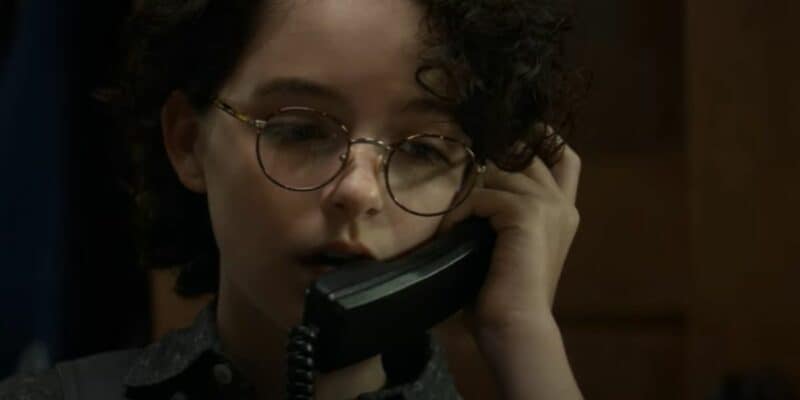 We recently reported that Ernie Hudson, who plays Winston Zeddemore in the Ghostbusters movies, had discussed his involvement with Ghostbusters 4 (2023), the sequel to Ghostbusters: Afterlife (2021). And now, yet another star has addressed their possible return.

Ghostbusters: Afterlife is the long-awaited sequel to the original two movies — Ghostbusters (1984) and Ghostbusters II (1989) — which ignores the reboot Ghostbusters: Answer the Call (2016) in the same way the new Halloween movies do to their many predecessors bar the 1978 original.

The film follows Callie (Carrie Coon) and her two children Phoebe (McKenna Grace) and Trevor (Finn Wolfhard), as they relocate to a backwater town in Oklahoma, where they’ve inherited an old dirt farm from Callie’s father Egon Spengler, one of the original four Ghostbusters.

But Phoebe doesn’t know anything about her grandfather, least of all what he did for a living. Nevertheless, there are many clues dotted about the old farmhouse, its dilapidated barn, and the cellar. Meanwhile, there’s something equally strange going on in their new neighborhood.

But while it’s great to see Dr. Peter Venkman (Bill Murray), Dr. Ray Stantz (Dan Aykroyd), and Winston Zeddemore (Ernie Hudson) back on the screen, it’s really Phoebe who steals the show as the awkward nerd with an uncanny resemblance to the late Harold Ramis’ Dr. Egon Spengler.

However, it’s Phoebe’s terrible (yet brilliantly delivered) jokes and her desire to connect with her late grandfather that make her endearing to watch. And though very little is known about Ghostbusters 4, fans would love to see her return.

Well, that prospect is shaping up to be a reality, as McKenna Grace recently talked about Ghostbusters 4 with ComicBook.com. While she was interviewed about her new Peacock show A Friend of the Family (2022), Grace offered some promising news about the upcoming sequel.

Here’s what she said about reprising her role as Phoebe Spengler:

“I’m constantly pressuring Jason Reitman, our director, I’m always trying to figure out what the story is. I literally have no ounce of a clue what the story is. If I knew about a Marvel film or if I knew about Ghostbusters, I’d be sitting here, and I’d be like, ‘I have no clue, and it’s driving me nuts.’ I’m just excited to do a second one. I’m just excited to be Phoebe.”

If there’s any solid takeaway from her comments, it’s the fact that she says “I’m just excited to do a second one”. Director Jason Reitman has already confirmed that Ghostbusters 4 will return to New York City, and writer Gil Kenan has also said that it will “continue the Spengler family story”.

Based on this alone, it looks like Phoebe will be returning, perhaps to join a new team of Ghostbusters in the Big Apple, which will come as no surprise as Ghostbusters: Afterlife saw her prove herself to be more than capable in the field (or corn field, to be specific).

Whether or not other cast members from Ghostbusters: Afterlife will return remains to be seen. However, Logan Kim, who plays Podcast in the 2021 film, previously suggested that he will be returning.

In an interview with Ghostbusters Ireland, while talking about how Ghostbusters 4 should take inspiration from the fan-favorite video game Ghostbusters: The Video Game (2009), Kim said, “I’m waiting for the Ghostbusters [4] script. When that comes in, I’m going to be very excited.”

Are you excited to see McKenna Grace reprise her role as Phoebe Spengler in Ghostbusters 4? Let us know in the comments down below!