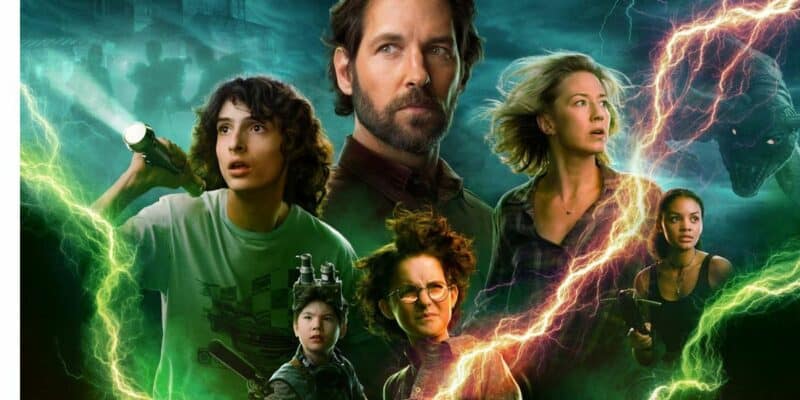 McKenna Grace has finally confirmed whether or not she’ll be reprising her role as Phoebe in next year’s Ghostbusters 4 (2023), the sequel to Ghostbusters: Afterlife (2021). It will be the fourth installment in the main series, and the fifth live-action Ghostbusters film, following Ghostbusters (1984), Ghostbusters II (1989) Ghostbusters: Answer the Call (2016), and the 2021 sequel.

When the film was announced earlier this year, it seemed that Phoebe (McKenna Grace), Podcast (Logan Kim), Gary Grooberson (Paul Rudd), Lucky (Celeste O’Connor), and Trevor (Finn Wolfhard) wouldn’t be returning, as it was confirmed to be taking place in New York City.

However, recent interviews with some of the stars, such as Grace and Kim, suggested that Afterlife‘s characters might be coming back after all. Director Jason Reitman and writer Gil Kenan also confirmed that Ghostbusters 4 will “continue with the Spengler family story”.

Now, in an interview with NME, Grace, 16, has confirmed that she’ll be back to bust more ghosts in next year’s sequel. Here’s what the actress/singer said when discussing the upcoming Ghostbusters sequel:

“It’s gonna be weird getting back into that character [Phoebe] because I had just turned 13 when we started shooting [Ghostbusters: Afterlife], and now on our [new] set, I’m going to turn 17.”

Grace recently hinted at her return in an interview with Comicbook.com, however, revealing that she’s about to start working on the set of the new movie is absolute confirmation that she’ll be donning the proton pack once again. In her interview, she also opened up about her recent scoliosis surgery, and her battle with the debilitating condition.

“Something I’ve never talked about was that actually, I used to have a back brace that I would wear during Ghostbusters to try and correct my spine,” the actress revealed. “But it’s hard because you have to wear those things [for] like 22 hours a day. And I couldn’t [manage that] while I was shooting — they’re really hard plastic, like a corset almost. So I ended up not wearing it as much as I should have.”

Related: Ray Parker Jr. Thinks the ‘Ghostbusters’ Sequels Have Been “Trying to Bury” His Iconic Song

Scoliosis is described as the “abnormal twisting and curvature of the spine”, and Grace admitted that she was “embarrassed” about her condition while on the set of Ghostbusters: Afterlife, before adding that she “eventually started having to talk about it” because of costume fittings.

Recently, following corrective surgery at Cedars-Sinai Hospital, Grace took to Instagram to share a post-surgery video, expressing her gratitude to the nurses and doctors and her family and friends in a lengthy caption, while describing her battle as “the lowest point” in her life.

It will be wonderful to see Grace return to the Ghostbusters universe, and hopefully, following the surgery, the worst of her condition is behind her. As for her character Phoebe, who became an instant hit with fans, she’s easily the strongest part of Ghostbusters: Afterlife.

Little else is known about the upcoming film, though Ernie Hudson did recently seem to confirm his involvement, while sharing his ideas on what the film should be about. Who knows — with a December release, there’s every possibility Ghostbusters 4 will be a Christmas movie!

A new “Ghostbusters” comic book series is also expected in 2023, which, alongside Ghostbusters: Spirits Unleashed and the upcoming live-action sequel, is one of three sequels to Ghostbusters: Afterlife.

Are you excited to see Phoebe return in Ghostbusters 4? Let us know in the comments down below!