Ray Parker Jr. Thinks the ‘Ghostbusters’ Sequels Have Been “Trying to Bury” His Iconic Song - Inside the Magic 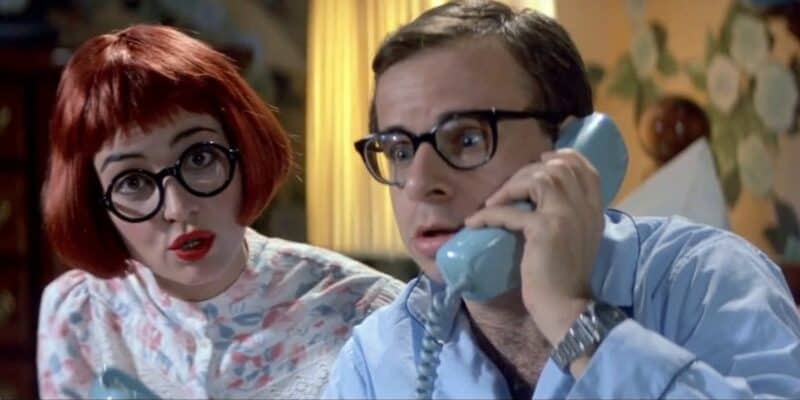 American musician Ray Parker Jr. is nothing short of a living legend. There might be no other song for a movie that’s as well-known as “Ghostbusters”, which helped make lines from the 1984 film of the same name, such as “Who ya gonna call?“, even more iconic, while also creating its own, such as “I ain’t afraid of no ghost“.

However, in a recent interview with Cinema Blend, while discussing his appearance on this year’s The Masked Singer on Fox, in which he sang Rockwell’s “Somebody’s Watching Me”, Parker was asked about his chart-busting 1984 song. But his answer was surprising, as he revealed that he thinks the films might be trying to move away from the iconic track.

“It seems like after the original Ghostbusters film that they’ve been trying to bury the song” Parker said. “They don’t really use the song like I thought they were going to use it. I would think they would use it at the beginning or like the library scene to get the crowd up and cheering the song, but for some reason, they keep trying to get some — they keep wanting some new music. So, I’m not sure.”

The song bookends both Ghostbusters (1984) and Ghostbusters II (1989), while instrumental segments of the song can be heard throughout the films. In the 1989 sequel, it’s also played at a kids’ birthday party, where Winston Zeddemore (Ernie Hudson) and Dr. Ray Stantz (Dan Aykroyd) have been hired as entertainers (this scene canonizes the song within the movies).

Needless to say, the Ghostbusters franchise has become synonymous with the hit number one song “Ghostbusters”, which was nominated for Best Original Song at the 57th Academy Awards. Cinema Blend told Parker that, for fans, it’s “hard to disconnect” the song from the films, to which Parker replied:

“Yeah, that’s what people tell me. But if you think about it, the song is only in its original form up front in the very first Ghostbusters film in ’84. After that, they’ve been trying not to use the song.”

Maybe Parker has a point. While the song has reappeared many times since the original 1984 film (even in 2009’s Ghostbusters: The Video Game), it has been used less and less. Here’s to hoping that next year’s Ghostbusters 4 (2023) decides to use the iconic track to its full potential. After all, there’s always room for Ray Parker Jr.’s classic (just like there’s always room for jello).

Do you agree with Ray Parker Jr.? Let us know in the comments down below!

Comments Off on Ray Parker Jr. Thinks the ‘Ghostbusters’ Sequels Have Been “Trying to Bury” His Iconic Song