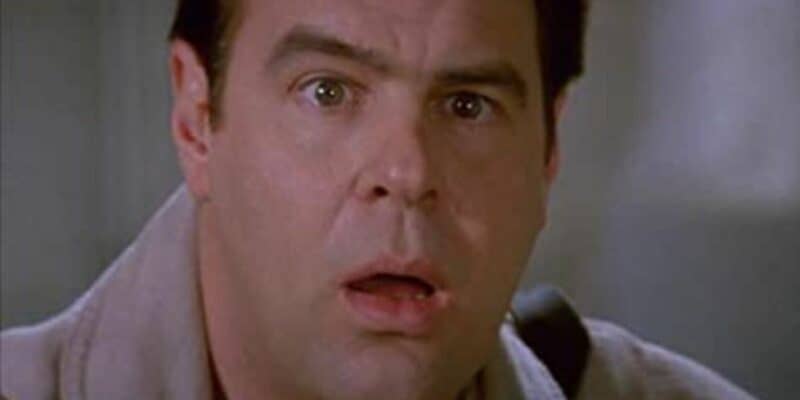 It doesn’t seem that long ago that Ghostbusters: Afterlife (2021) arrived in theaters, but now, another sequel is already in pre-production. It’s no surprise really, considering the 2021 film captured $204 million in its proton stream, and impressed fans and critics alike.

The upcoming sequel, codenamed Firehouse, will be released from Sony Pictures’ Ecto-Containment Unit later this year, and it was recently confirmed that Ghostbusters: Afterlife co-writer Gil Kenan will be directing, while Jason Reitman will be writing and producing.

Returning cast members are McKenna Grace, Finn Wolfhard, Logan Kim, Carrie Coon, Celeste O’Conner, and Paul Rudd, who will be reprising their roles as Phoebe, Trevor, Podcast, Callie, Lucky, and Gary Grooberson, all of whom were first introduced in Afterlife.

We’re yet to find out whether or not original Ghostbuster actors Bill Murray, Dan Aykroyd, and Ernie Hudson will be reprising their roles as Dr. Peter Venkman, Dr. Ray Stantz, and Winston Zeddemore, however, Ernie Hudson has recently hinted at his return a number of times.

During last year’s Ghostbusters Day festivities, Jason Reitman and Gil Kenan announced that the film will be a continuation of the “Spengler family story”, and that it will take place in New York City, the “home” of the franchise.

Plot details are naturally being kept under wraps, however, it was recently confirmed that special effects artist Billy Bryan, who created and portrayed the Stay Puft Marshmallow Man in the original Ghostbusters (1984), is also back on board — although in what capacity, we don’t know.

Now, a new listing from Film & Television Industry Alliance states that the film will start shooting on March 6, but not in New York City as you might imagine. The listing actually has “London, United Kingdom” noted as the filming location, which might leave you scratching your heads.

How does London fit into the upcoming Ghostbusters sequel? The franchise is synonymous with New York City — in fact, so much so, that Ghostbusters II (1989) features a sequence in which the Statue of Liberty comes to life (it doesn’t get more New York than that!).

Well, the clue might lie in Ghostbusters: Afterlife‘s post-credits scene, in which Winston Zeddemore (Ernie Hudson) suggests that the Ghostbusters franchise is about to be reborn.

In IDW Publishing’s long-running “Ghostbusters” comic book series, a “Ghostbusters International” is established, which sees Ghostbusters teams being set up in various locations around the world. Could the Ghostbusters: Afterlife sequel be taking a page out of those comics?

It’s entirely possible that the film will draw inspiration from the “Ghostbusters” comic book series — after all, it features a wealth of underused characters, supernatural villains, while even introducing the Ghostbusters Multiverse.

On that note, perhaps the Ghostbusters: Afterlife sequel will find a way to bring the female characters from Ghostbusters: Answer the Call (2016) into the fold…

What do you make of this latest Ghostbusters news? Let us know in the comments down below!