'Stranger Things' Spin-Off Reportedly Gets Title, Synopsis, and More - Inside the Magic 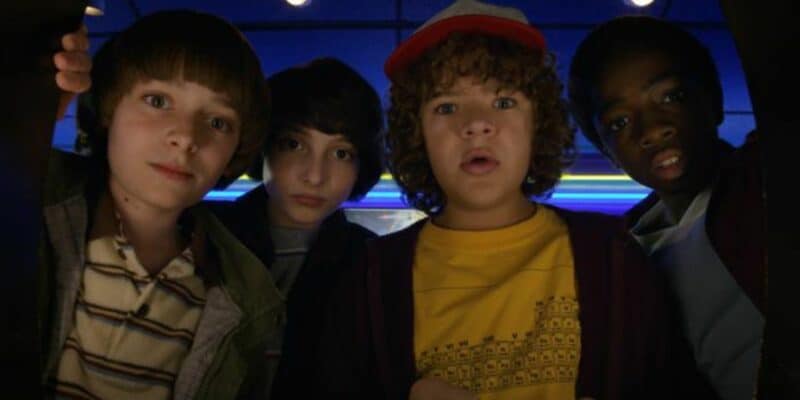 It’s no mystery that a Stranger Things (2016) spin-off is in the works, with the Duffer brothers previously describing the project as being “1000% different” to the main show, and that it will be a “story that connects to the Stranger Things world.”

Now, according to a report from fan-site What’s on Netflix, that project is an anime series called Stranger Things Tokyo. The article also states that it has been in development for “quite some time”, will be “the first” Stranger Things spin-off, and will be “around 6 hours long”.

The article goes on to include a “brief logline” that describes the series as follows:

“An encounter with the Upside Down evolves into a grand adventure for video game-loving twin brothers living on the outskirts of 1980s Tokyo.”

Netflix is yet to confirm the project, so it’s best to take this report with a pinch of salt. However, given the success of Stranger Things Season 4, it would come as no surprise that the Duffer brothers are planning to expand the world of Hawkins and the Upside Down.

It’s also not unusual for a live-action television series (or film) to get an animated spin-off. Jurassic World Camp Cretaceous (2020) was a big hit on Netflix, and there’s also a Skull Island anime series in the works, which will serve as a follow-up to Kong: Skull Island (2017).

And if the spin-off is indeed going to be anime, it could be similar to Star Wars: Visions (2o21). Although there’s no news to suggest that the Stranger Things spin-off will be an anthology series.

Very little is known about the fifth and final season of Stranger Things, however, we do know that it will consist of eight episodes, with the first episode titled “Crawl”, while the Duffer brothers have compared the upcoming season to The Lord of the Rings in terms of scale and scope.

Most of the characters from Season 4, such as Millie Bobby Brown (Eleven), Finn Wolfhard (Mike Wheeler), and Jamie Campbell-Bower (Henry Creel/One/Vecna), are expected to return, while it’s rumored that American rapper Megan Thee Stallion will be making an appearance.

Meanwhile, Joseph Quinn, who plays Eddie Munson in Season 4, was recently cast in the A Quiet Place spin-off.

Are you excited for the Stranger Things spin-off? Let us know in the comments down below!

Comments Off on ‘Stranger Things’ Spin-Off Reportedly Gets Title, Synopsis, and More