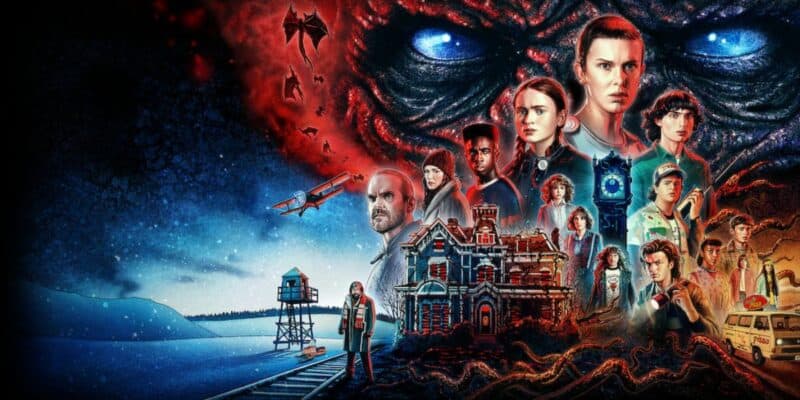 Joseph Quinn, who plays fan-favorite character Eddie Munson in this year’s Stranger Things Season 4, is in talks to appear in a spin-off of the two box office monster hits A Quiet Place (2018) and A Quiet Place Part 2 (2020), as reported by Deadline.

The Stranger Things star is set to appear opposite Lupita Nyong’o, who is best known for playing Maz Kanata in the Star Wars sequel trilogy, and Nakia in the Marvel Cinematic Universe’s two Black Panther movies, including this year’s Black Panther: Wakanda Forever (2022).

Quinn, 28, shot to fame this year after playing Eddie Munson in the critically acclaimed fourth season of Stranger Things (2016). Unfortunately, though, the Hawkins hero won’t be appearing in the fifth season, as he’s killed off at the end of Season 4.

However, fans of the character will undoubtedly be pleased that Quinn will be returning to the world of horror in the A Quiet Place spin-off. The film is not considered a sequel to the first two A Quiet Place films, though, which will be getting their own follow-up in 2025.

The idea for the spin-off comes from John Krasinski, the actor best known for playing love-struck salesmen Jim Halpert in The Office (2005), who wrote, directed, and starred in both A Quiet Place films opposite his real-life wife Emily Blunt.

The films revolve around a family who are struggling to survive in a post-apocalyptic world, after mankind has been brought to the brink of extinction by alien creatures that hunt only by sound. The two installments grossed over a combined $647.4 worldwide.

Are you excited to see Joseph Quinn appear in a spin-off to A Quiet Place? What do you think the spin-off show will be about? Let us know in the comments down below!