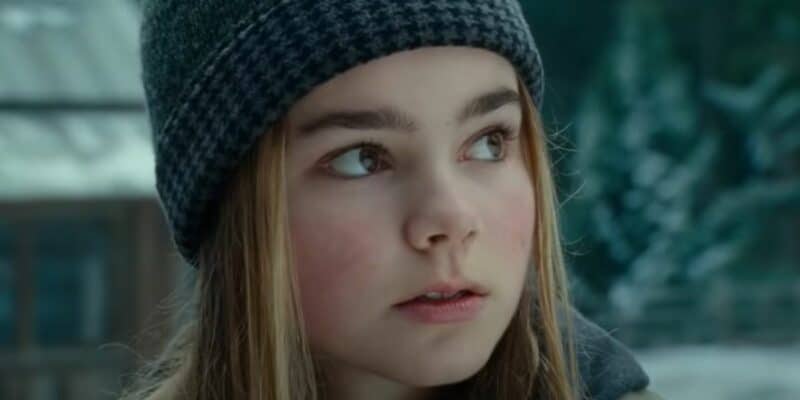 Jurassic World Dominion (2022) took the box office by storm this year, grossing over $1 billion worldwide. However, it wasn’t without its share of criticism, with many feeling that it didn’t deliver on what the trailers promised — a story that focuses on dinosaurs on the mainland.

But the film is entertaining in its own right, and despite retreading similar territory to most of the previous five movies (human characters become lost in a jungle environment and must find a control room of some kind to call for help), it delivers many surprises along the way.

One of these surprises comes in the form of human clone Maisie Lockwood (Isabella Sermon), who was introduced in Jurassic World: Fallen Kingdom (2018). In the 2018 film, Maisie learns that she isn’t Benjamin Lockwood’s granddaughter as she had been led to believe her whole life.

Crippled with the despair of losing his daughter Charlotte, Benjamin Lockwood (James Cromwell), founding partner of InGen CEO John Hammond (Richard Attenborough), had her cloned, and raised that clone, Maisie, as his own “granddaughter”.

The film also tells us that this is the reason why Lockwood and Hammond parted ways, as Hammond considered Lockwood’s actions to be “an unholy thing”. However, there’s a bit of a problem with this timeline of events, as Maisie is 11 years old in Jurassic World: Fallen Kingdom.

The film takes place in 2018, so 11 years prior would take us back to 2007, 10 years after John Hammond died (his year of death, 1997, is stated on the canonical Masrani Corporation website, which was part of the viral marketing for 2015’s Jurassic World).

So, why then, did Lockwood and Hammond fall out, when Maisie hadn’t even been born yet? One explanation, of course, is that Lockwood had simply started to experiment with human cloning following his daughter’s death, and wasn’t able to successfully clone her for many years.

But Jurassic World Dominion ends up retconning the fact that Maisie is a clone of Charlotte, rendering the answer to this question irrelevant. In the new film, it is revealed that Maisie is actually the daughter of Charlotte, who we learn was an InGen scientist who impregnated herself using InGen technology.

While this makes for a nice little arc for Maisie — who previously believed she was nothing more than an orphan of genetic engineering, while also fitting in with the film’s overarching themes of parenthood — at the same time, it still doesn’t explain why Lockwood and Hammond fell out (which, as far as we know, was still the case).

Not only that, but in the latest sequel, Dr. Ellie Sattler (Laura Dern) explains to Maisie that she met her mother Charlotte “a few years after [John] Hammond died”. Assuming that by “few years” she means three, maybe five at the most, this would put her first encounter with Charlotte some time during the early 2000s, indeed a “few years” after Hammond’s death in 1997.

But why does Ellie even mention John Hammond? How does he fit into this equation? In fact, Hammond no longer fits into the equation of the Lockwoods whatsoever, because he couldn’t have possibly fallen out with Benjamin over the cloning of his daughter.

We know that Charlotte died from a rare genetic disease in 2009, however, John Hammond died in 1997, 13 years before. It’s entirely possible that Charlotte Lockwood started experimenting with self-cloning before his death, but this still doesn’t explain why Hammond fell out with Benjamin Lockwood.

Either way, here’s to hoping this can all be cleared up in a Jurassic Park/Jurassic World prequel trilogy or a television series of some kind, as Jurassic World Dominion certainly lays the ground work for such a project with the whole Charlotte Lockwood backstory.

Did you notice this plot hole in Jurassic World Dominion? Let us know in the comments down below!