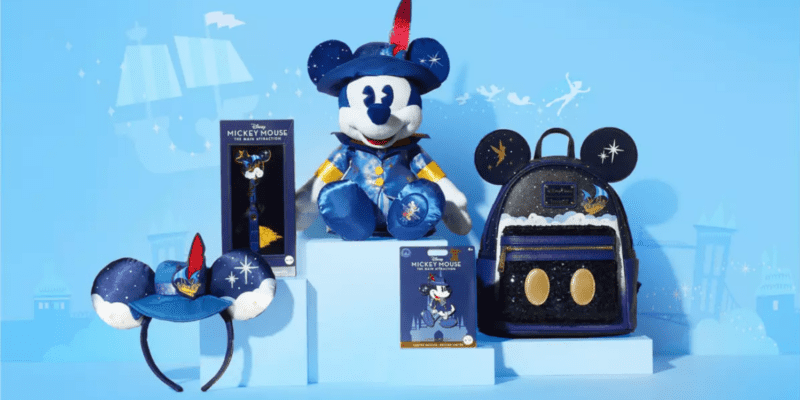 The latest item in Disney’s exclusive collection turned out to be the item of desire for hundreds of fans and resellers today, as they filled huge bags hoarding these new items.

With so much exclusive, limited, and enchanting merchandise being released by Disney lately, it is natural for fans to want to get their hands on some of the newest items to add them to their collection at all costs. Unfortunately, this has caused more and more incidents with resellers decimating Disney merchandise and selling it with massive markups, taking the chance from hundreds, if not thousands, of Guests to own these items.

Some of the most popular and sought-after items lately have been the monthly releases of Disney’s “Mickey Mouse: The Main Attraction” collection, which pictures Mickey Mouse themed to different Disney Parks attractions like Space Mountain, Pirates of the Caribbean, “it’s a small world,” The Haunted Mansion, and more!

The latest release of this collection will be inspired by Peter Pan’s Flight. This extremely popular and beloved classic attraction makes this release one of the most anticipated in the collection. The official release for these exclusive and limited items will happen on July 18 at 7 am PT on the shopDisney website.

The Storybook Store will open its doors exclusively to Annual Passes on July 13 from 11 a.m. to 10 p.m. to discover the “Main Attraction “Peter Pan’s Flight” collection.

Hundreds of fans quickly lined up for a chance to add these high-demand items to their collection, and as was expected, so did resellers.

Apparently, the sale of the Peter Pan’s Flight themed backpack @Loungefly seems to be going well for some Visitors!

Fans were quick to react to this situation. BTM lover (@alclle) commented she doesn’t understand how Disney has not found a way to stop this abuse by some Guests.

Waël (@WaelPatriots) commented the following regarding resellers and “pickup” systems at Disney Parks:

I never understood the concept of pickup either you come to the park to get your merch or you stay at home and you cry, why should some at their place be privileged in front of guests on site? Really a shitty concept

Zam’ Wilde (@ZamDisney) responded to this tweet, commenting that not all Guests have the chance to go to the Parks for the newest releases.

We are not all on the side, it is even a minority of Disney fans. I can’t see myself saying to my boss “Hey tomorrow there’s a stuffed animal coming out at Disney so I’m taking 2 days off kisses”

While Zam makes a fair point, theme park resellers have proven to be a growing problem, especially at Disney Parks.

We recently reported that Cast Members also engaged in this behavior, selling exclusive items of Avengers Campus at Disneyland Paris even before this new land officially opened its gates to welcome Guests.

Though Disney has announced several rules and limitations on merchandise and collectibles, it seems that resellers have still found a way to get around those restrictions.

Comments Off on Resellers After Exclusive Collection, Fill Huge Bags With Disney Merchandise