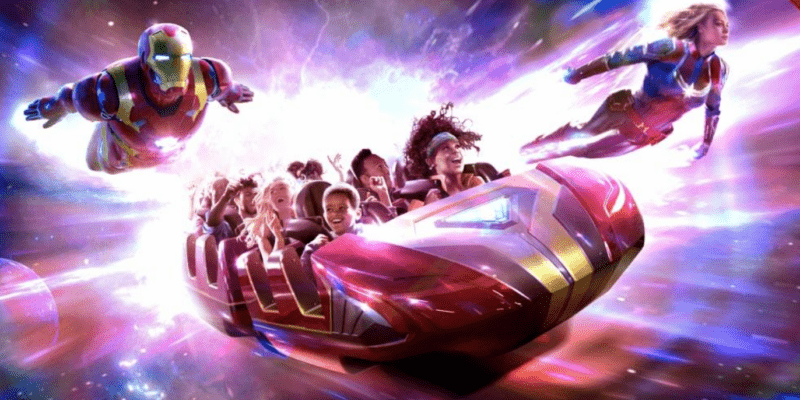 Calling all Iron Man fans — the debut of the highly anticipated Iron Man-themed coaster is here!

The coaster, which is officially named Avengers Assemble: Flight Force, is “a high-speed, hyper-kinetic adventure where Guests will team up with Iron Man and their favorite Avengers,” per Disney CEO Bob Chapek.

Select Guests officially experienced the highly-anticipated coaster as it soft opened this weekend!

Twitter user, tp_science, shared some photos and videos to the social media platform of the new coaster. The first Tweet was of the coaster approaching the loading area:

Another Tweet shows a POV of the new coaster:

Join us while we ride Flight Force! #AvengersCampusParis #DLP

Join us while we ride Flight Force! #AvengersCampusParis #DLP pic.twitter.com/iUNQ7Z7vyn

Right now, the Avengers Assemble: Flight Force coaster is in its soft opening. It will open to all Disneyland Paris Guests along with Avengers Campus on July 20, 2022.

Are you excited to see Avengers Assemble: Flight Force soft open at Disneyland Paris? Let us know in the comments below.