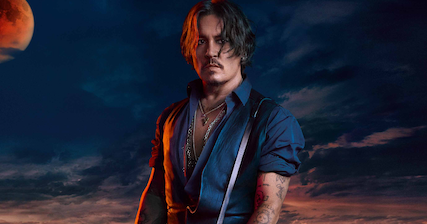 Yesterday, Johnny Depp — and his legion of loyal fans — emerged victorious as a seven-person jury ruled in his favor in the actor’s highly publicized defamation trial against ex-wife Amber Heard (Aquaman, Aquaman and the Lost Kingdom).

Although Heard has issued a statement and is expected to appeal the decision, nothing can dampen the spirts of Depp and his supporters right now. The Pirates of the Caribbean star also shared an official statement thanking his fans and noting that, “The truth will never perish.”

As a result of the former couple’s legal proceedings, which began in the United Kingdom in 2020, Depp has struggled to find work and was fired from his two most high-profile roles — Captain Jack Sparrow in Disney’s Pirates of the Caribbean franchise and Gellert Grindelwald in Warner Bros. Fantastic Beasts Harry Potter spinoff series.

Now, Toby Emmerich, the Warner Bros. executive who fired Depp, has made the decision to step away from his post. Deadline reported:

…the chairman of Warner Bros. Pictures Group is segueing to a lucrative five-year production deal on the lot, so he’s not going far. He apparently was offered to stay, but would have had to cede oversee on Warner Bros. Animation and DC, an option the former New Line President didn’t want.

Emmerich’s studio came under fire for allowing Heard to keep her role as Mera in the DC Comics’ Aquaman franchise after firing Depp — some movie fans even began boycotting Warner Bros. for the controversial decision.

While it seems that Emmerich’s departure from his post isn’t directly related to the Johnny Depp vs. Amber Heard trial, the executive did take heat for his choice to let Depp go two years ago.

In addition to Emmerich stepping down, Warner Bros. is considering an entire overhaul of its DC division, per an April 2022 report from Variety. The article noted:

The new owners of all things Batman, Superman and Wonder Woman are exploring an overhaul of DC Entertainment, multiple sources close to the situation told Variety.

It’s been less than a week since Discovery closed its $43 billion deal for WarnerMedia, joining one of the largest producers of reality programming with one of the most venerable entertainment brands under the new moniker of Warner Bros. Discovery. David Zaslav, the CEO of the combined companies, and top leadership have been toying with the idea of turning DC into its own solidified content vertical, the sources said.

At this time, the exact trajectory of Warner Bros. upcoming movies — and whether or not Depp or Heard will have roles in them — remains unclear.

As previously noted, Depp has been fired from his two most high-profile parts — his iconic role as Captain Jack Sparrow in Disney’s Pirates franchise and as Gellert Grindelwald in Warner Bros. Fantastic Beasts series — as a result of the ongoing situation.

What do you think about Toby Emmerich officially stepping down after firing Johnny Depp in 2020?