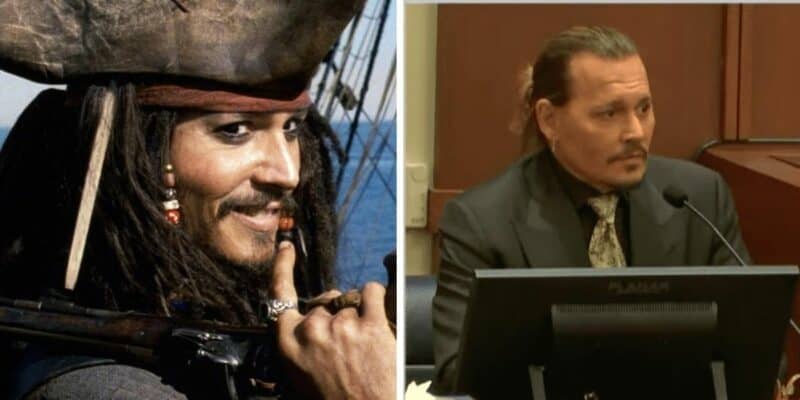 Johnny Depp, 58, has starred in many movies but is best known in the Disney community for playing the iconic role of Jack Sparrow in the Pirates of the Caribbean franchise.

The Pirates of the Caribbean actor has been in the news a lot as of late as he is suing his ex-wife, Amber Heard, 35, (Aquaman (2018), The Rum Diary (2011), Drive Angry Piper (2011), and more) for defamation after she wrote an op-ed for The Washington Post, where she referred to herself as a “public figure representing domestic abuse.”

During the trial, which is taking place in Fairfax, Virginia, Depp was asked if he would ever return to his role as Jack Sparrow if Disney decided to offer him a deal.

Fans everywhere have been devastated learning the news that Depp will not return as the iconic Jack Sparrow, but that doesn’t mean Depp doesn’t still love the character.

In fact, during Depp’s redirect examination of the trial a few weeks ago, Depp’s attorney Jessica Meyers wanted to confirm with the Pirates actor if he was still interested in making the sixth installment in the franchise in late 2018, to which Depp said:

Also during the redirect, Depp explained that he learned he was going to be recast as Jack Sparrow from a news article quoting a Disney executive just a couple of days after Heard’s Op-Ed was published in The Washington Post. Depp testified:

And more recently, fans swarmed outside of the courtroom to greet Johnny Depp, to which one fan yelled “Johnny, we love you baby. You”ll always be the Captain Jack Sparrow.”

Depp, then channeling his inner Jack Sparrow, said in his pirate voice, “He’s been around somewhere, I’ve seen him now and again. He shows up now and again, I promise.”

Are you upset to see that Depp won’t return as Jack Sparrow? Let us know in the comments below.