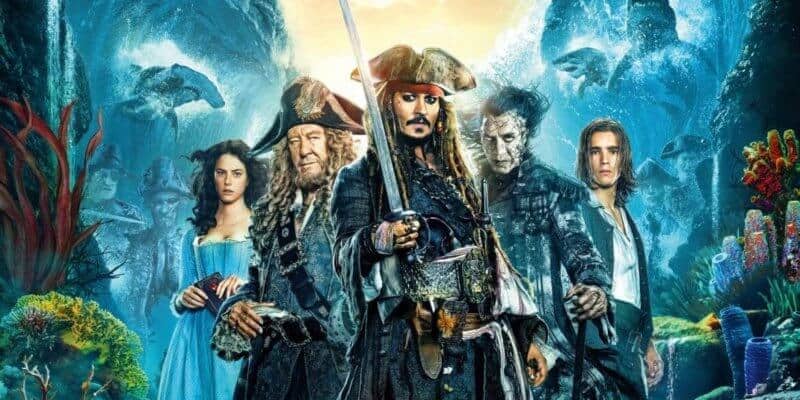 Pirates of the Caribbean is one of the most popular Disney franchises ever created, and now it seems that there are more movies than we think that is in development.

Interestingly enough, Pirates of the Caribbean was a movie that Disney was unsure of. Executives were contemplating a straight to DVD release for Curse of the Black Pearl, and big actors such as Robert De Niro turned down major roles (Jack Sparrow) due to the uncertainty of the project’s success. This would be the first attraction to see a live-action film based on it, so Disney did not know how audiences would receive it.

Of course, flash forward all of these years later, and we know it was a massive success. At the moment, there are five films associated with the franchise, but it seems that things will be changing soon. We already know that Pirates of the Caribbean 6, the direct sequel to Salazar’s Revenge, is in the works. However, it will not feature Johnny Depp’s, Jack Sparrow. Depp has been involved in a legal battle with his ex-wife Amber Heard which has caused him to lose his job with Disney.

To divert from the series that featured Depp’s Sparrow, it was also announced that a female-centric film with Margot Robbie helming the ship would be created. Now, it is being reported that a third film is in the works and that this one would go straight to Disney+. It is being said that all three films would exist within the same world, creating a great Pirates of the Caribbean universe that would be able to have multiple storylines and films coming out at the same time, much like Marvel.

Again, this is not confirmed but would be an interesting move on Disney’s part, as they would be creating a world that would become greater than just Jack Sparrow, who seems to be the heartbeat of the franchise. Now that they are doing it without Depp, the only way to succeed is to ensure that viewers love the franchise more than just one singular character.

With Depp’s Sparrow still in many of the Disney Parks, it will be interesting to see if they choose to pull away from the character there as well.

Would you watch a Pirates of the Caribbean cinematic universe without Johnny Depp’s Jack Sparrow?