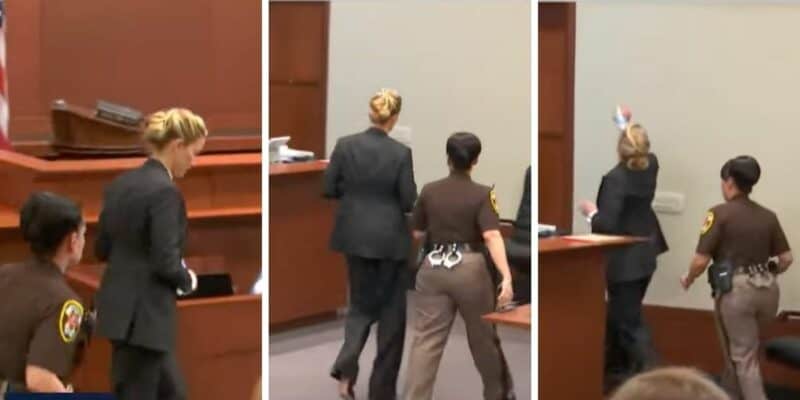 Johnny Depp, 58,  is currently suing his ex-wife, Amber Heard, 35, for defamation after she wrote an op-ed for The Washington Post, where she referred to herself as a “public figure representing domestic abuse.”

Mr. Depp took the stand earlier in the trial to give his testimony, but more recently, it was Ms. Heard‘s turn. The Aquaman actress took the stand the last few days for her testimony, where Johnny Depp’s team backed Ms. Heard in a corner during the cross-examination.

After the cross-examination with Depp’s attorney, Camille Vasquez, ended, Ms. Heard’s attorney, Elaine Bredehoft, had the chance to redirect.

During the redirect on Tuesday, May 17, Depp’s lawyers and attorneys were seen calling “objection” on nearly every question Ms. Bredehoft asked Ms. Heard, which garnered chuckles and laughter from Depp fans watching at home, as well as those in the courtroom that day. Ms. Vasquez was also visibly annoyed with Ms. Bredehoft’s questioning.

The redirect questioning between Ms. Bredehoft and Ms. Heard only lasted a few minutes and at the end, before concluding the questioning, Ms. Bredehoft was heard abruptly saying, “I don’t have any more questions, your honor.”

The judge then told Ms. Heard she could have a seat next to her attorneys, but as Ms. Heard was seen stepping down from the stand, the judge said they would take recess and instead, Ms. Heard walked passed her attorney’s table and out of the room.

Many fans at home are saying Ms. Heard “stormed” out of the courtroom.

You can see the video clip below.

Amber Heard is most commonly known for her roles in Aquaman, The Rum Diary, Drive Angry Piper, Magic Mike and more.

The Johnny Depp vs Amber Heard defamation trial will continue next week in the Fairfax, Virginia courtroom.