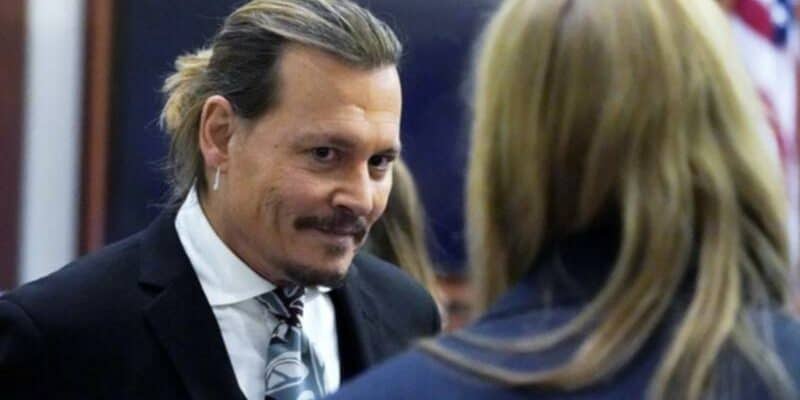 Johnny Depp has had his fair share of high profile relationships, from his long-time love Vanessa Paradis to actress Winona Ryder and supermodel Kate Moss in the ’90s to Dirty Dancing star Jennifer Grey, the Hollywood star has seemingly never had trouble getting any lady he sets his sights on.

One of Depp’s relationships, however, has been in the spotlight more than other for the past couple of years — his ill-fated marriage to actress Amber Heard.

The former couple are currently embroiled in a $50 million civil lawsuit in Fairfax, Virginia.

Related: Johnny Depp’s Juicy Secret – Does He Really Sleep In the Nude?

Now, some fans are speculating that Depp’s attorney, Camille Vasquez, is actually in a relationship with the Alice In Wonderland star. One recent article explained that these reports have been denied by entertainment outlet, TMZ, but that that certainly hasn’t stopped the online rumor mill, “after all, folks have been sounding off about what’s happening in court non-stop on social media platforms like Twitter, Instagram, and TikTok.”

Anthony Buchanan isn’t sure the reports are false, posting a video of the duo in court with the caption:

Mmmm…. is Johnny Depp actually dating his own attorney in the courtroom?

Mmmm…. is Johnny Depp actually dating his own attorney in the courtroom? 👀👀👀#IStandWithJohnnyDepp #JusticeForJohnnyDepp pic.twitter.com/T5I0fQDIXB

Romance rumors have been swirling about Johnny Depp and his attorney Camille Vasquez thanks to their courtroom interactions!

Romance rumors have been swirling about Johnny Depp and his attorney Camille Vasquez thanks to their courtroom interactions! 👀 https://t.co/cK6VOCrgTb

TamaraYvonne shared that, to her knowledge, Vasquez is in a committed relationship:

Radio station Z-ROCK 103 isn’t sure what to think, posting:

I don’t believe it…

I don't believe it…
twitchhttps://t.co/31tpVUByFK

While the general consensus seems to be that the recent reports of Depp having a romantic relationship with his lawyer are nothing but rumors, it’s unlikely to stop social media from stirring the pot.

Related: Disney Removed Pirates of the Caribbean Character From Ride After 2 Years

Are you following Johnny Depp vs. Amber Heard?