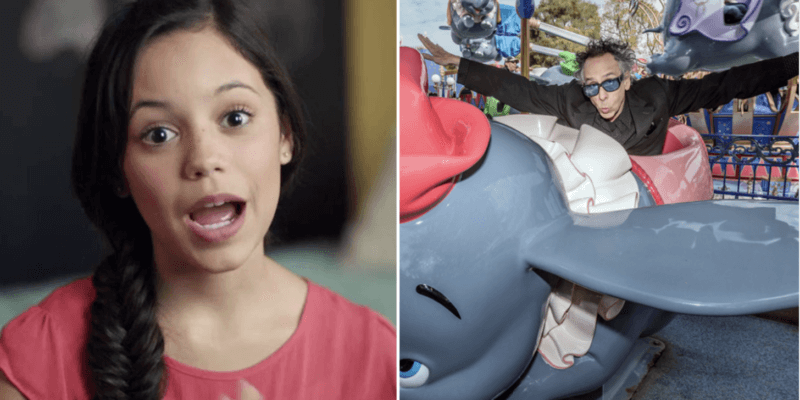 Disney star Jenna Ortega (Stuck In the Middle, Elena of Avalor) has been cast in the leading role in Tim Burton’s Addams Family series that will air on Netflix.

Ortega is the first major cast member confirmed for the upcoming revival series, which will be Tim Burton’s first stab at a TV show. The Yes Day and Jane the Virgin actress will play an older version of Wednesday Addams, who is attending Nevermore University.

ComicBook has provided the official logline for the upcoming series, which is currently titled simply Wednesday:

The series is a sleuthing, supernaturally infused mystery charting Wednesday Addams’ years as a student at Nevermore Academy. Wednesday’s attempts to master her emerging psychic ability, thwart a monstrous killing spree that has terrorized the local town, and solve the supernatural mystery that embroiled her parents 25 years ago — all while navigating her new and very tangled relationships at Nevermore.

There have previously been rumors of Burton casting longtime friend and collaborator, Pirates of the Caribbean‘s Johnny Depp, as Gomez Addams in Wednesday. At this time, however, it is unknown if Depp’s personal problems, including his ongoing legal battle with ex-wife Amber Heard, will impact his ability to star in the show.

Over the decades, Depp and Burton — along with Burton’s ex, Helena Bonham Carter — have worked together on such projects as Edward Scissorhands (1990), Disney’s Alice In Wonderland (2010), Willy Wonka and the Chocolate Factory (2005), Sleepy Hollow (1999) with Christina Ricci, and Nightmare Before Christmas (1993).

No official confirmation regarding Depp’s involvement in the Addams Family reboot has come from the actor’s camp or from Netflix.

For now, Disney fans can look forward to seeing 18-year-old Ortega take on the iconic role of Wednesday Addams! There is no official debut date for Wednesday at this time.

Currently, Ortega voices Brooklynn on Jurassic World: Camp Cretaceous. The animated series, set in the Jurassic Park universe, follows a group of six teenagers attending an adventure camp on Isla Nublar who must work together when dinosaurs begin wreaking havoc.

Are you excited to see Jenna Ortega take on this exciting role under Tim Burton’s tutelage?