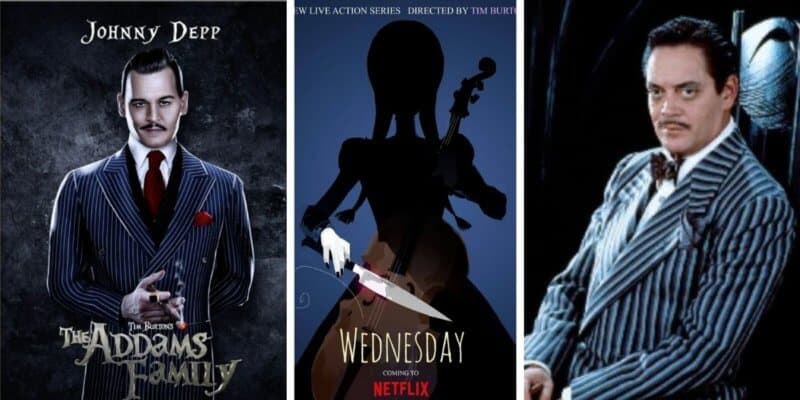 Johnny Depp has had a tough run in the public eye lately, and it may be possible that his career is in even bigger danger than fans suspected.

If you have been following the recent Johnny Depp saga, you likely know that this all stems from ongoing allegations from Depp’s now ex-wife Amber Heard.

Heard wrote an op-ed accusing Depp of domestic violence, which only spiraled into a major storm for the Pirates of the Caribbean actor. Publications such as The Sun tabloid in the U.K. sided with Heard and described Depp as abusive. Depp has now lost two libel battles against The Sun regarding the way the publication described him and has sued Amber Heard for an additional $50 million for defamation, on top of the already $100 million legal battle.

The loss of Depp’s original libel case put his career in jeopardy. Johnny Depp has not only lost his role as Jack Sparrow in Pirates of the Caribbean 6 — a role which is now seemingly going to Margot Robbie in the new adaptation of the now female-led franchise — but also his role in the Fantastic Beasts franchise.

Warner Bros. asked Johnny Depp to step down from his role as Gellert Grindelwald in Fantastic Beasts 3. Mads Mikkelsen is currently set to take over Depp’s character in the Fantastic Beasts franchise and has vowed to make the role different from the one Depp previously originated.

After this news, however, some good information for Depp came to light! Johnny Depp has been a long-time friend and colleague of Tim Burton. From classic films like Edward Scissorhands (1990) to Sleepy Hollow (1999) to Charlie and the Chocolate Factory (2005) to Corpse Bride (2005) to Disney’s Alice in Wonderland and Alice Through the Looking Glass (2010 and 2016, respectively), the pair have worked together seamlessly.

Now, Burton is set to direct an Addams Family show called Wednesday, which will focus on the daughter of the family but will still have all of the classic characters we know and love like Morticia and Gomez. Amid the lawsuits and their impacts on Depp’s carer, it was rumored that Burton was planning on casting his friend Depp in the new show as Gomez.

We are now hearing new rumors that state Netflix has turned down the idea of Depp playing Gomez, and will not allow that casting move to happen. Of course, as we mentioned this is purely a rumor at this point, however, let’s see if we can put any fact to it.

Netflix has been scrutinized for its depiction of women in the past, as we have seen through the New York Times describing what happened with the French film, Cuties.

The platform has since apologized for its behavior, as #CancelNetflix became a popular trend.

Netflix also pulled the plug on the popular TV series House of Cards after the Kevin Spacey allegations were released to public scrutiny. They also dropped the Chris D’Elia Show after allegations regarding the star were brought to light. So, removing controversial actors from their streaming service is not something new for Netflix.

At the moment, Netflix still has films starring Johnny Depp such as Rango available to view on the streaming service, but of course these are older projects.

Considering both Disney and Warner Bros., two major companies, have both dropped Johnny Depp, even amid the Pirates of the Caribbean fans petition and Tweet to bring back Jack Sparrow, it would not seem out of the norm to have Netflix reject the actor as well amid the controversy.

However, Burton and Depp’s relationship is very strong, and depending on Burton’s ability to fight for his friend, his push could be enough to have Johnny Depp in the new Addams Family show, Wednesday. For Johnny Depp’s career to continue to progress, he will need to survive the ongoing drama that surrounds him, and his longtime friend and colleague Burton could help.

Additionally, new evidence in support of Depp continues to come to light, which could serve to help the actor’s position in the spotlight.

As you can see from the fan art created by Sahin (@sahinduzgun.art), the hype for Depp to play Gomez in the series is real.

Thought it’d be fitting to place this one here today…

For those wanting a more in-depth look at Tim Burton’s new show Wednesday, below is the description:

The eldest Addams daughter is ready to reclaim her narrative. After stealing scenes and terrorizing communities in countless movies and TV shows, Wednesday Addams is getting her own solo spinoff series. She’s bringing her monochromatic wardrobe and devious plans for world domination to a live-action Netflix show from Tim Burton, Deadline reports. The eight-episode project, titled Wednesday, will chronicle her time as a student at Nevermore Academy.

While in school, the teen will embrace her “sleuthing, supernaturally infused mystery charting” abilities for a new adventure. “That’s where she attempts to master her emerging psychic ability, thwart a monstrous killing spree that has terrorized the local town, and solve the supernatural mystery that embroiled her parents 25 years ago — all while navigating her new and very tangled relationships,” an official description of the series reads. This also suggests that other members of the Addams clan, including Morticia and Gomez Addams (aka the only married couple goals I aspire to), could appear in the show.

Stay tuned to Inside the Magic as we continue to follow Johnny Depp and his ever-changing career.

Do you think that Johnny Depp will play Gomez in Wednesday?