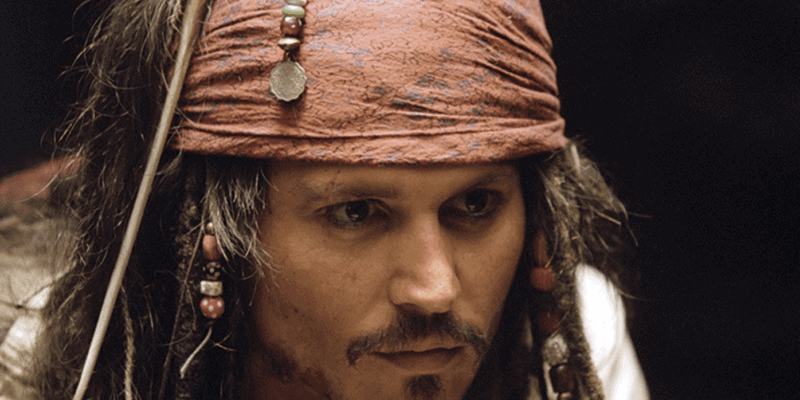 Actor Johnny Depp has had a long career in Hollywood. Although he truly became a household name after playing Captain Jack Sparrow in Disney’s Pirates of the Caribbean franchise from 2003 to 2017, Depp first appeared as Glen Lantz in classic horror film, A Nightmare on Elm Street (1984).

After that, he went on to star in a number of other films with darker themes, many of which were written and directed by Depp’s longtime friend, the eccentric Tim Burton. Among these Depp and Burton collaboration movies were Edward Scissorhands (1990), Ed Wood (1994), Charlie and the Chocolate Factory (2005), Sweeney Todd (2007), Alice in Wonderland (2010), and Sleepy Hollow (1999).

After filming wrapped on Sleepy Hollow — Depp played Washington Irving’s unlikely hero, Ichabod Crane, while Christina Ricci starred as Katrina Van Tassel — the actor saved a costar’s life, but it might not be how you think!

A report about the movie shared these heartwarming details about how Depp saved the life of the horse who played Crane’s constant companion, Gunpowder. So the story goes:

Goldeneye is the horse that played Ichabod Crane’s horse Gunpowder in Sleepy Hollow.  After bonding with Goldeneye, Depp jumped in to adopt him after he heard the one-eyed horse was going to be put down.

This could be proof that Depp, a native Kentuckian, just might have horses in his blood.

If you’ve been following entertainment news at all over the past few months, you’re undoubtedly aware of the ongoing legal drama between Johnny Depp and ex-wife Amber Heard (Aquaman).

The saga began when U.K. News Group Newspaper publication, The Sun, ran an article in which Heard alleged that Depp had engaged in domestic abuse against her on multiple occasions.

Since then, Depp has lost his libel case, lost his right to appeal the original U.K. High Court decision, and lost his roles as both Captain Jack Sparrow in the Pirates of the Caribbean franchise and Gellert Grindelwald in Warner Bros.’ Harry Potter Fantastic Beasts spinoff series.

At this time, Margot Robbie is expected to lead the reported Pirates of the Caribbean 6, while Mads Mikkelsen will take over as Grindelwald in the upcoming Fantastic Beasts 3.

Depp’s lawyer and his PR camp have denied all allegations of domestic violence throughout the ongoing legal battle and Heard’s testimony. The actor also has an extremely loyal fan base, over half-a-million of whom have petitioned Disney to recast him in his iconic role as the swashbuckling pirate.

At this time — unless the recent evidence that came to light from LAPD body cam footage changes things — Golden Globe Award-winning Depp is solidly out of Pirates, though. The Walt Disney Company has not indicated that they intend to bring him back unless something drastically changes with Depp’s libel trial outcome.

There were, for example, at one point, reports that the studio would consider bringing Depp back if he were to win a retrial.

For now, all we can do is wait and see.

What do you think about this heartwarming tale about Depp saving his equine costar’s life? Have you been following the ongoing libel case?