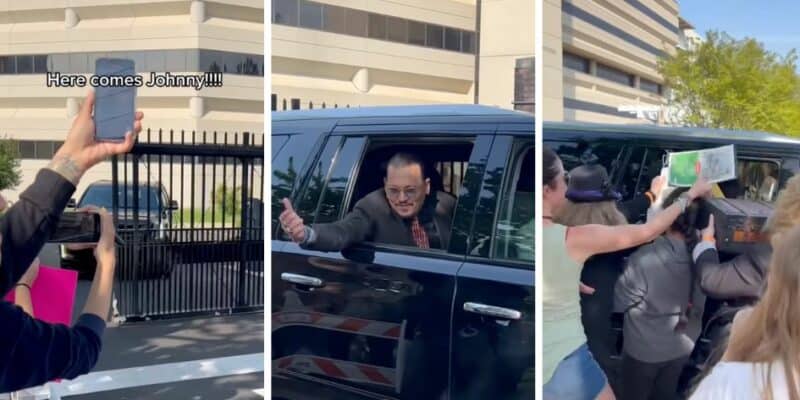 Johnny Depp has been getting a ton of love from his fans as he continues to undergo the Depp vs. Heard trail that has been making media headlines for weeks now.

Fans have already boycotted future films, and are petitioning to bring him back to the franchise.

The petition’s description reads, in part:

Amber Heard ruined Johnny Depp’s life as well as career. Johnny Depp has always been one of the greatest actors ever since he started acting around the age of 21. This man NEVER disappoints when he makes a movie, so why continue to keep him from doing Pirates of the Caribbean?? That movie is nothing without him!

There are well over 400,000 signatures at the time of publication, and the petition is well on its way to its next goal of 500,000 supporters. Read more on that here.

When Depp left the court house recently, fans were there to shower him with gifts and love. jessvalortiz is one of many who has shared a video going down to the courthouse to show support for Depp. In the video below, you can see that Depp opened his window to accept all the gifts and cards that his fans wanted to give him with a smile on his face!

It seems this happened while Heard was on the stand, which was surely a tough day for Johnny to endure.

What do you think of the ongoing trial? Let us know in the comments below.