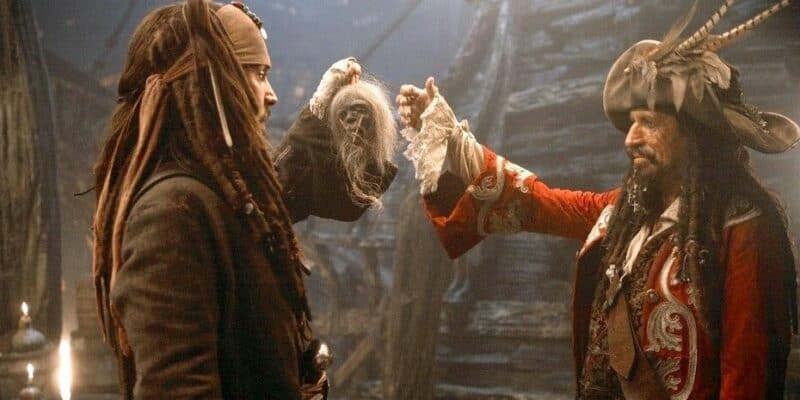 April 12 marked the start of the historic Johnny Depp and Amber Heard defamation lawsuit in Fairfax, Virginia. Throughout the ongoing jury trial, Depp and his team have been vocal about the fact that the Corpse Bride star had every intention of reprising his role as Captain Jack Sparrow in Disney’s Pirates of the Caribbean 6.

The Pirates leading man was let go by The Walt Disney Company following a 2018 Washington Post op-ed in which Heard claimed she suffered domestic abuse at Depp’s hands. Prior to his firing, Depp had played the irrepressible Captain in The Curse of the Black Pearl (2003), Dead Man’s Chest (2006), At World’s End (2007), On Stranger Tides (2011), and Dead Men Tell No Tales (2017).

Depp accountant, Michael Spindler, recently testified that there was a $22.5 million deal on the table for Pirates 6 before Disney pulled the plug on the actor’s tenure in the popular franchise.

The trial has already seen a number of explosive accusations, from leaked text messages in which Depp and a close friend referred to Heard’s “rotting corpse” to psychological evaluations that allegedly exposed Heard’s multiple mental disorders.  Depp’s has massive public support, with many believing his continued — and vehement — denial of the domestic abuse claims against him.

Now, amid this support from Depp’s fans, the long-lived “Justice For Johnny Depp” petition on Change.org has been reignited.

The petition’s description reads, in part:

Amber Heard ruined Johnny Depp’s life as well as career. Johnny Depp has always been one of the greatest actors ever since he started acting around the age of 21. This man NEVER disappoints when he makes a movie, so why continue to keep him from doing Pirates of the Caribbean?? That movie is nothing without him!

There are well over 400,000 signatures at the time of publication, and the petition is well on its way to its next goal of 500,000 supporters.

It is important to note, however, that the description is merely the petition owner’s personal opinion. No verdict has yet been issued in the Johnny Depp vs. Amber Heard legal battle.

At this time, Margot Robbie is expected to take over the leading role in the reported Pirates 6 project, which currently has no production timeline.

Depp has been fired from his two most high-profile parts — his aforementioned iconic role as Captain Jack Sparrow in Disney’s Pirates franchise and as Gellert Grindelwald in Warner Bros. Fantastic Beasts series — as a result of the ongoing situation.

Have you signed the “Justice For Johnny Depp” petition?