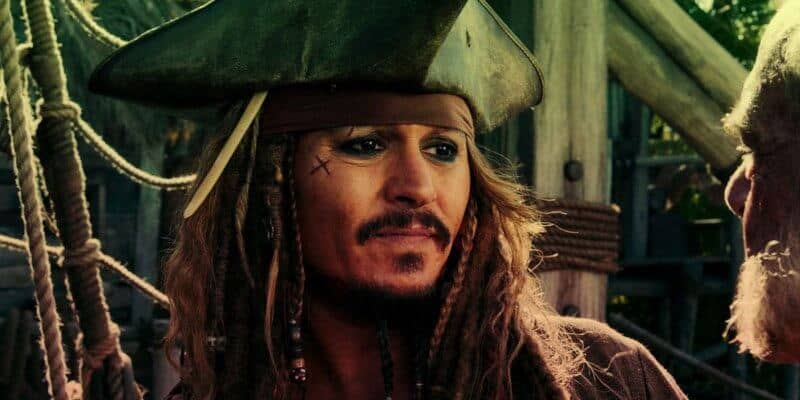 Even though Pirates of the Caribbean fans know that Disney had fired fan-favorite actor Johnny Depp, the actor has come forward and revealed he won’t return to play Captain Jack Sparrow even if Disney changes their mind.

Depp’s life was turned upside down after his ex-wife Amber Heard published a piece in 2018 claiming that Depp was abusing her and was a “wife-beater”. These allegations have led Depp and Heard to go to court. In the process, Depp has lost his role as Jack Sparrow in the upcoming Pirates of the Caribbean film, lost his role as the new titular villain, Grindewald to Mads Mikkelsen in the Fantastic Beasts franchise, and now is a blacklisted actor in Hollywood.

Heard still gets to play Mera in Aquaman: The Lost Kingdom (2023), but that is the only work the actress has for the moment. After losing to The Sun in a libel lawsuit case in November 2021, Depp has gone back to court for a defamation case claiming that Heard isn’t telling the truth and has ruined his career. Now fans watch the court case ensue as it continues right now in Fairfax, Virginia.

Under testimony, Depp was asked about his role as Jack Sparrow and if he would ever reprise the role by Heard’s attorney, Ben Rottenborn:

Depp confirmed that he was done playing the iconic captain:

Depp also explained how Disney may have fired him from Pirates, but his character still appears at the parks and rides and is being sold in merchandise:

Depp went on to testify for hours explaining different incidents of abuse and violence by Heard. One of the prominent moments would be when Depp had to go to the hospital to reattach the top of his severed finger after Heard cut it off.

Heard is expected to testify in the next few days and give her side of the story, but the court case will take weeks before a verdict is reached.

Are you sad that Johnny Depp won’t be returning as Jack Sparrow again? Let us know what you are thinking in the comments section below!