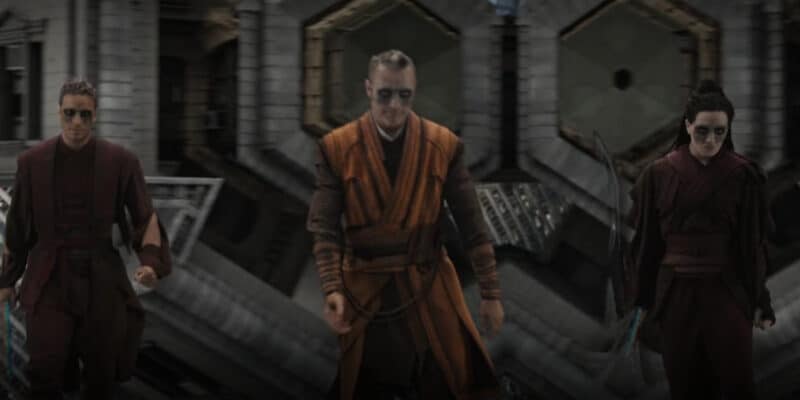 Zara Phythian, an actor who played one of Kaecillius’s acolytes in Doctor Strange (2016) is on trial for sexual abuse.

While most fans remember Mads Mikkelsen‘s role as the rogue sorcerer, Kaecillius, Benedict Cumberbatch‘s Doctor Strange definitely struggled to defeat his acolytes. Doctor Strange was one of the few movies that took the time to show a marvel super hero learn how to fight and adapt. Facing Kaecillius was not something Strange was prepared for and it almost killed him several times in the film.

Thankfully, Strange was not only able to defeat Kaecillius and save the day, but he also became one of the most powerful super heroes. Now, he is going to explore the Multiverse in Doctor Strange in the Multiverse of Madness (2022) with America Chavez (Xochitl Gomez) and Elizabeth Olsen’s Wanda Maximoff/Scarlet Witch. It seems that Strange didn’t vanquish all of the villains as Phythian has been accused of grooming and manipulating a young girl around 13-15 years old into having sex with her and her husband.

Both of them will stand trial and the report says that the actions happened between 2005 and 2008 and have now been brought up. At that time, Zara Phythian’s husband, Marke apparently threatened to hurt the girl if she told anyone. The report states that the couple forced the girl to have sex with them around 20 times in the 3 years and potentially had it filmed.

Phythian met the young girl as she was her martial arts instructor. The victim shared that she knew her actions  were wrong, but she didn’t want to disappoint the couple or get hurt:

“I knew it was wrong but I just didn’t know how to get out of the situation or say anything,” the complainant said. However, she notes she looked up to Phythian, a martial arts instructor, at the time. She continued, “I remember trying to copy Zara’s reaction at the time because I looked up to her and tried to be like her in every way.”

The couple faces around 14 charges and is denying every single one. Her husband, Marke is facing four additional charges for another sexual assault incident where he reportedly had sex with another underage girl between 2002 and 2003. The court trial is currently taking place in Nottingham, United Kingdom.

Do you think Zara Phythian will go to prison? What are your thoughts on this?