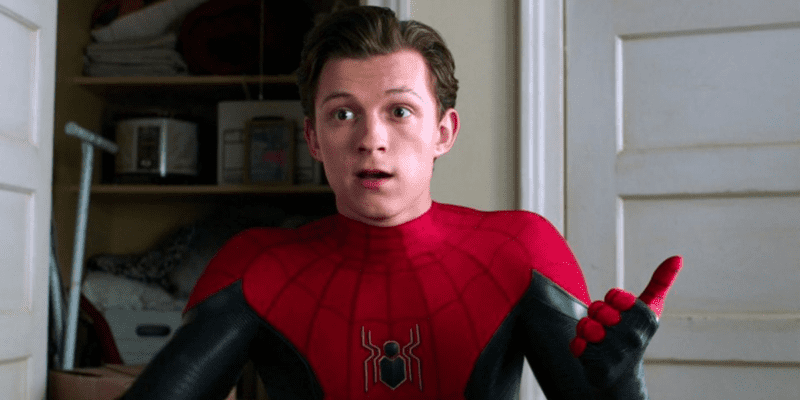 Every Marvel fan entered ground zero on social media with the debut of Spider-Man: No Way Home (2021). With the release of the Multiverse Marvel movie came massive spoilers, and even Kim Kardashian couldn’t help but share the most crucial moment of the film to her Instagram story.

If there’s one moment in No Way Home that Marvel fans don’t want spoiled, it’s the “Spider-Men” interactions between Tom Holland, Tobey Maguire, and Andrew Garfield.

These scenes have very well broken the internet. A push by fans for Sony to finish Andrew Garfield’s The Amazing Spider-Man 3 has gained over half a million tweets. Tobey Maguire and Tom Holland also took over social media with various Spider-Man posts.

Kardashian quickly removed the Instagram story post after fans accused her of “ruining” the film, with much of her 273 million Instagram followers voicing both their confusion and frustration with the millionaire model:

NO ONE TOLD ME ABOUT KIM KARDASHIAN ??? I’VE COME BACK TO A WAR ZONE

NO ONE TOLD ME ABOUT KIM KARDASHIAN ??? I’VE COME BACK TO A WAR ZONE 😭😭 pic.twitter.com/D0AFEBZN19

Many new sources, websites, social media platforms, and more have been sharing critical moments from No Way Home, including these Spider-Men moments, but with a warning and some decency.

Remember, with great power comes great responsibility. Make sure that when you’re sharing your favorite moments from this Spider-Man movie, you give a warning about potential spoilers. If not, Alfred Molina’s Doctor Octopus is coming to take down your social media account!

Let us know your thoughts about this spoiler in the comments below!