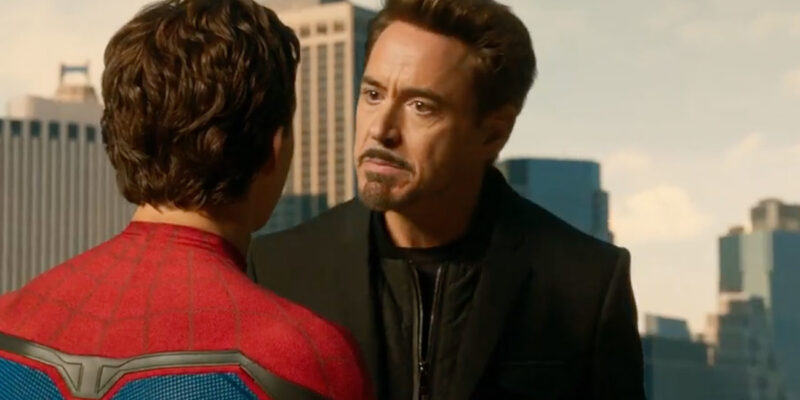 Iron Man is completely synonymous with the Marvel Cinematic Universe. Not only was Robert Downey Jr’s Tony Stark AKA Iron Man the first superhero in the behemoth franchise, but the character is known for being the heart of the movie series. While Downey Jr.’s Avenger is more than just his suit of armor, his helmet is now almost as famous as Darth Vader’s.

So, it is completely surprising that this object, for all it represents, has been passed on to someone else by RDJ himself. Let’s find out who…

Jon Favreau was tasked with bringing Iron Man to the big screen. At a time when rights to other, better known, characters were owned by different brands, Marvel’s eccentric Tony Stark was an interesting choice to launch a global movie franchise. But launch it did. Iron Man (2008) delivered RDJ’s titular hero — but it almost didn’t –, Gwyneth Paltrow as the love interest and future leader of Stark Industries, Pepper Potts, as well as Jeff Bridges as Obadiah Stane.

In a sheer Multiversal spectacle, it was known for a while that Alfred Molina would be returning as Otto Octavius AKA Doctor Octopus from Sam Raimi’s Spider-Man 2 (2004) trilogy as well as Jamie Foxx from Marc Webb’s The Amazing Spider-Man 2 (2014). Later, Raimi’s villains, Flint Marko AKA Sandman and Norman Osborn’s Green Goblin were also confirmed to return, played by Thomas Haden Church and Willem Dafoe, respectively.

The lead-up to No Way Home‘s release has been one propelled by rumors and speculation. From Tobey Maguire and Andrew Garfield’s potential return to their Spider-Man roots to the rumblings that Charlie Cox might make his MCU debut as Matt Murdock AKA Daredevil, it’s been hard to avoid the hype surrounding Marvel and Sony’s blockbuster feature. And keeping spoilers hidden has seemingly been a learned skill for star Tom Holland.

That being said, in his recent appearance on the popular YouTube series Hot Ones on the channel First We Feast, Holland was asked by host Sean Evans what his favorite souvenir was from working on the sets of the MCU movies, specifically his “holy grail” — the one that holds the most “sentimental value”. The Spider-Man actor had a surprising response:

“My favorite souvenir was actually given to me — well it wasn’t given to me it was given to my little brother, Paddy. When Black Panther was coming out, Robert Downey Jr was making [Dolittle] in London and he was staying down the road from where I live and he invited us to a screening of Black Panther at his house. And Paddy comes running into the room and he’s holding the original Iron Man helmet and Downey had given it to him as a gift. That’s a really special one for me because I was lucky enough to join the MCU but I joined it very late, and the souvenir, that’s from the original film, that’s the birthplace of this incredible world that Kevin Feige and Marvel have created, you know, and Downey and Favreau kick started it, so to have something from that film is a huge honor.”

Many Marvel fans would covet the chance to own the original Iron Man helmet, and Paddy Holland is sure to hold onto that for the rest of his life.

As for the future of Iron Man, we know Downey Jr. is unlikely to return as the Avenger after his death in Avengers: Endgame (2019) but his legacy still lives on in characters like Spider-Man and even Doctor Strange. Over the summer, fans will recall seeing Iron Man once again die (over and over again) in Marvel Studios’ What If…? — although here the superhero was voiced by Mick Wingert.

And then there’s Spider-Man, Holland’s time is seemingly up as the web-slinger but with the huge success of the final movie in the trilogy as well as Holland’s rising star status, there is potentially a plan in the works to continue Spidey’s on-screen legacy, maybe even with Miles Morales. With the MCU stretching far into the future and Sony’s Spider-Man Universe picking up some nice box office receipts, the world is literally Spider-Man’s for the taking.

No Way Home was released exclusively in movie theaters on December 17.

Have you seen Spider-Man: No Way Home yet? Let us know in the comments down below!