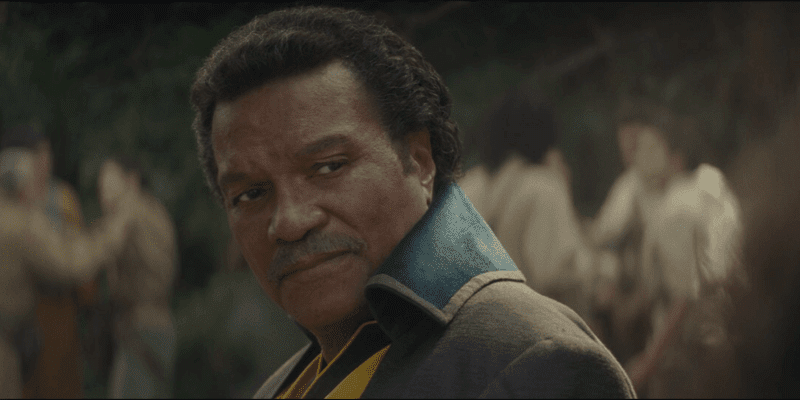 Earlier this year, the Star Wars franchise confirmed that Han Solo’s best frenemy, Lando Calrissian, was — as many Star Wars fans had long assumed — part of the LGBTQ+ community.

The confirmation came during Pride Month in June when Star Wars released “War of the Bounty Hunters” covers featuring LGBTQ+ Star Wars characters. The original StarWars.com post listed multiple characters, including Calrissian, who were featured during the promotion:

This was met with immense support from many Star Wars fans. And, now, it seems that a new novel supplementing the Star Wars: Visions anime series has confirmed that multiple new LBGTQ+ characters will be introduced.

The update comes from Star Wars Queers Watch, a fan page dedicated to the franchise’s LGBTQ inclusion. The page sounded the alarm for fans this week when it covered content from Ronin: A Visions Novel, and they confirmed the book is inclusive in a way never done by the series previously.

“Full breakdown later but this book is truly a milestone for LGBTQ+ representation in Star Wars. Just *chef’s kiss*,” the page shared. And luckily, a spoiler-free breakdown was given on how the novelization includes the LGBTQ community.

Reportedly, the upcoming Star Wars novelization will feature a bisexual or pansexual lead character with other LGBTQ+ characters — including two women in a same-sex relationship and a “major character” who identifies as non-binary — throughout the story.

It is worth noting that neither Lucasfilm nor The Walt Disney Company has confirmed these details at this time.

The official description of Star Wars: Visions — which began streaming on Disney+ on September 22, 2021 — reads:

The show was announced by Lucasfilm President Kathleen Kennedy during the 2020 Disney Investor Day event, though few details are known at this time. However, rumors abound that both Donald Glover — who played Calrissian opposite Aldren Ehrenreich’s young Han Solo in Solo: A Star Wars Story (2018) — and Williams will be reprising the role as the iconic former owner of the Millennium Falcon.

At this time, there is no known release date for Lando.

What do you think about the Star Wars universe adding more LGBTQ+ characters?