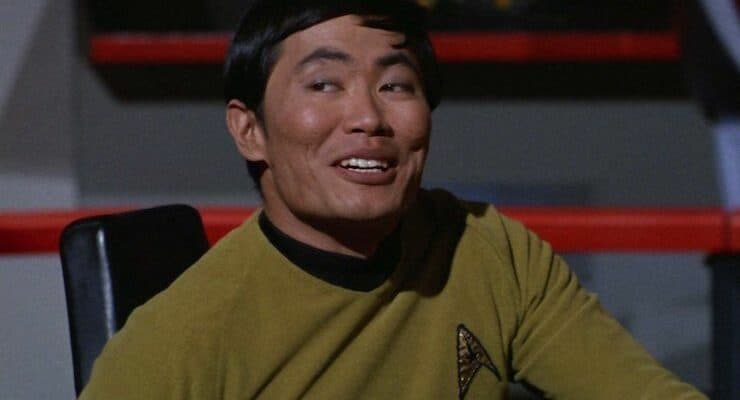 For decades, actor George Takei has been as synonymous with the Star Trek universe as William Shatner’s Captain James T. Kirk or Leonard Nimoy’s Spock — the Asian American actor first played USS Enterprise Lieutenant Hikaru Sulu from 1966-1969 in Star Trek: The Original Series. Takei then went on to reprise the role numerous times in projects like Star Trek VI: The Undiscovered Country (1991), Star Trek IV – The Voyage Home (1986), and the famed Star Trek II: The Wrath of Khan (1982).

Now, for the second time in his long career, the 84-year-old actor is joining another faraway galaxy — THE galaxy far, far away, in fact, in the upcoming Star Wars: Visions series. The show was announced by Lucasfilm President Kathleen Kennedy during the studio’s portion of the 2020 Disney Investor Day event.

Takei made an appearance in Season 1 of George Lucas and Dave Filoni’s Star Wars: The Clone Wars as Separatist  Neimoidian General Lok Durd.

Star Wars: Visions, an Original Series of animated short films, celebrates the @StarWars galaxy through the lens of the world’s best Japanese anime creators. Coming in 2021 to @DisneyPlus.

Star Wars: Visions, an Original Series of animated short films, celebrates the @StarWars galaxy through the lens of the world’s best Japanese anime creators. Coming in 2021 to @DisneyPlus. pic.twitter.com/lmCZGSHEhY

Takei is set to voice a character named Senshuu in the new animated series, which is set to be the Star Wars franchise’s first foray into the anime genre.

Today, Disney and Lucasfilm debuted the first official trailer for the new series and, along with it, shared the voice cast that will bring the animated characters in the anthology series to life. Per StarWars.com:

“Lucasfilm is partnering with seven of the most talented anime studios in Japan to bring their signature style and unique vision of the Star Wars galaxy to this inspired new series,” says James Waugh, executive producer and Lucasfilm Vice President, Franchise Content & Strategy. “Their stories showcase the full spectrum of bold storytelling found across Japanese animation; each told with a freshness and voice that expands our understanding of what a Star Wars story can be, and celebrates a galaxy that has been such an inspiration to so many visionary storytellers.”

The announcement also confirmed both the English and Japanese voice casts for the show — and some of the names on the English list, including Takei’s, will be recognizable to Disney fans. Both Disney superfan Neil Patrick Harris and David Harbour (Marvel Studios’ Black Widow) are also set to appear:

While it is unlikely that these actors’ Visions characters will return elsewhere in the Star Wars story, it will certainly be fun to see Takei return to Star Wars, and Harris and Harbour make their Star Wars universe debuts.

As for Star Wars franchise mainstay, Temuera Morrison, he recently finished filming the first Mandalorian spinoff series, The Book of Boba Fett, alongside Ming-Na Wen (Fennec Shand). The series will debut in December 2021.

Star Wars fans can catch Visions streaming on Disney+ on September 22, 2021. The full trailer can be viewed below:

Are you excited about seeing George Takei in Star Wars?