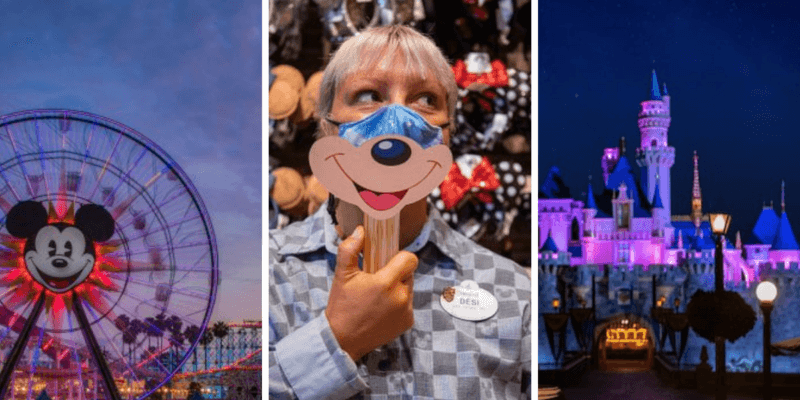 The theme parks of the Disneyland Resort have been closed for the majority of 2020, with Disney officials and the California Governor insisting that they will not reopen until 2021. A reopening date has not yet been announced, the State of California remains on a stay-at-home order, and we do not yet know when tens of thousands of Cast Members can head back to work at the Happiest Place on Earth.

It’s unclear when Disneyland will reopen, but there is something we can do about it: stay home as often as you can, avoid socializing with anyone outside your household, and wear a face mask whenever you leave your house.

Many Disney fans — and even Disney Parks officials — blame California Governor Gavin Newsom for keeping Disneyland Resort closed. And one may think, why wouldn’t they? After all, Florida Governor Ron DeSantis was quick to approve Walt Disney World Resort’s phased reopening plan over the summer. At the end of May — just two and a half months after Disney World initially closed because of the COVID-19 pandemic — Disney World presented its plan for a phased reopening of its theme parks and resorts. That same week, the reopening plan was approved by local and state officials. By mid-July, Disney World reopened all four theme parks (Magic Kingdom, EPCOT, Disney’s Hollywood Studios, and Disney’s Animal Kingdom) — even as COVID-19 cases surged to an all-time high at the time.

But over in California, state officials took a different approach. In June — around three months after Disneyland began its temporary closure — Disneyland Resort submitted plans for a July reopening date. Two weeks later, the reopening was officially postponed. And since then, it has been a timeline of confusing events, a battle between Disney and California Governor Gavin Newsom, who doesn’t believe large theme parks like Disneyland should operate in the middle of a pandemic when COVID-19 continues to spread throughout the United States.

Disney insists they can safely operate theme parks in the middle of the ongoing pandemic, and there are plenty of Guests who believe the same. Florida Governor Ron DeSantis, Disneyland officials, and fans continue to call out California Governor Gavin Newsom for his insistence on keeping theme parks closed. But there are also plenty of people all across the U.S. that don’t believe Disneyland Resort or any other theme park — including Walt Disney World Resort — should be open at all right now.

Many people believe it’s all Governor Newsom’s fault that Disneyland is closed — and Disney has insisted that it is the Governor’s strict guidelines for reopening theme parks that have led to the layoffs of thousands of Disney Parks employees. Given the guidelines for California theme parks, it is clear that Disneyland Resort will not reopen until COVID-19 stops spreading so rapidly. It’s doesn’t seem as though Governor Newsom will change his mind anytime soon, as COVID-19 cases continue to rise not just in California but all throughout the U.S.

So, is there hope for the reopening of Disneyland Resort? Many might say that it would take a miracle for the Southern California Disney Parks to finally reopen their gates, but I don’t think that’s the case. I believe reopening Disneyland and Disney California Adventure depends on us.

If we only leave the house out of necessity, if we do not socialize with anyone outside our households, and if we are diligent about wearing our face masks every time we leave our homes, then we can slow the spread of COVID-19. If we slow the spread of the virus, then the counties in California can continue to reopen. And if Orange County reaches a minimal number of COVID-19 case numbers, then Disneyland Resort can reopen.

Disneyland Park and Disney California Adventure Park have been closed since mid-March, making them the only Disney Parks around the world that have not reopened at least once throughout the pandemic. Governor Newsom has made it clear that California theme parks cannot reopen until we slow the spread of COVID-19. I believe, as a Californian, I have a social responsibility to do just that: to stay home, not socialize, wear a mask, and therefore slow the spread of this virus.

Don’t believe me? It seems that Disney does. Just this week, Disneyland Resort has made it clear that they are taking public health seriously, too. Disney announced today, “Disneyland Resort kicked off a public service awareness campaign across Orange County and Los Angeles County to encourage all residents to adhere to current health and safety guidelines to help protect local communities.”

There is hope for 2021. We know Disneyland Resort wants to reopen and the local economy wants to get back on its feet. The approval of the coronavirus vaccine provides a renewed sense of optimism for healing in the next year. Still, I believe that the community cannot begin to heal unless we all do our part and take this virus seriously. And then, the Happiest Place on Earth can finally bring back the magic.

It’s not clear when the guards will open up the gates, but I believe it is clear that, given current restrictions, the reopening of Disneyland depends on us. The question is, what are you going to do about it?