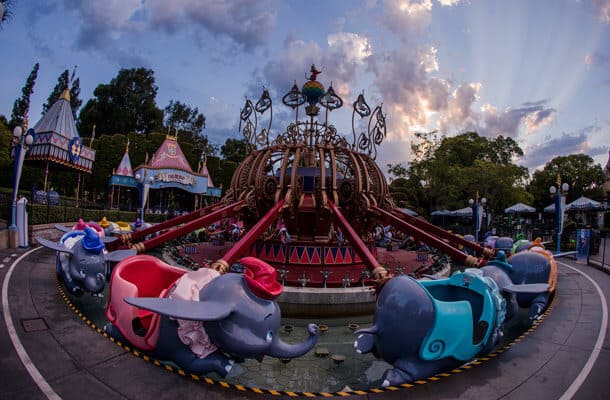 Today, during his update on the ongoing COVID-19 pandemic and California wildfires, California Governor Gavin Newsom provided a response to the frustration locals have felt regarding the continued closure of Disneyland Resort in Southern California.

The California Governor was asked what he would say to the City of Anaheim and the surrounding communities who are frustrated that Disneyland Resort cannot reopen — when all of the other Disney Parks around the world have reopened.

In his response, Newsom shared that the COVID-19 transmission rates across the U.S. “should be alarming to all Americans,” and that reopening theme parks soon would pose a risk for spreading the virus even more.

“[S]self-evidently we should be concerned about opening up a large theme park, where by definition people mix from every conceivable walk of life and put themselves and others in an increased risk of seeing transmission rates rise related to COVID-19,” Newsom stated.

Related: Disneyland Can Reopen in ‘Yellow Tier’ – How Can Orange County Get There?

He also said that he knows the impact that this “one particular brand” has — referring to Disney — but that the state will continue to be “driven by data and science,” further indicating that Disneyland Resort, having two of the largest theme parks in the state, won’t be reopening anytime soon.

State legislators, the Los Angeles Chamber of Commerce, the IAAPA, the California theme park association, the local community, and Disney have continued to urge the California Governor to reconsider his stance.

Below is a full transcript of how Gov. Newsom responded to the question about the ongoing closure of Disneyland Resort:

“Well the bottom line is we are seeing an increase in the transmission rates of COVID-19 in the vase majority of states in this nation. That’s self-evident. That should be alarming to all Americans. We’re seeing around the world increased case rates, some very notably in countries that tended to experience increased rates at the beginning of this pandemic about a month or so before we experienced them here in the United States.

When you see double digit increases in the vast majority of states, when you see hospitalization rates increase all across this country, when you see the weather beginning to turn and more and more people coming back inside and mixing, self-evidently we should be concerned about opening up a large theme park, where by definition people mix from every conceivable walk of life and put themselves and others in an increased risk of seeing transmission rates rise related to COVID-19.

And so you have to design and you have to distinguish and you have to organize, not only your response but your guidelines in a way that attresses those unique dynamics, unique background rates, county by county, all experiencing different background rates as it relates to the spread of this virus. But all of that, with our eyes wide open, on where we are as it relates to this pandemic. The hospitalization numbers here in the state of California, the ICU numbers here in the state of California, now beginning to trend back up. And the holidays in front of us and the concerns that have been expressed by worldwide — not just experts nationwide — around their concerns for a second or a third wave, to me semantics as it relates to what we have in store for us over the next few weeks.

And so, respectfully, deep respect because I understand, again, as someone with four young kids, the reverential identity they have with one particular brand that you are identifying and their desire to be entertained and their desire of those that desire of those that rightfully want to get their jobs back and to get back to some sense of normalcy. Forgive me, but we as a state are going to be driven by data and science, and we’re going to be driven by public health first.”

Stay tuned to Inside the Magic for more information on Disneyland Resort theme park operations in California, and sign up to our newsletter below to receive all of the latest updates.