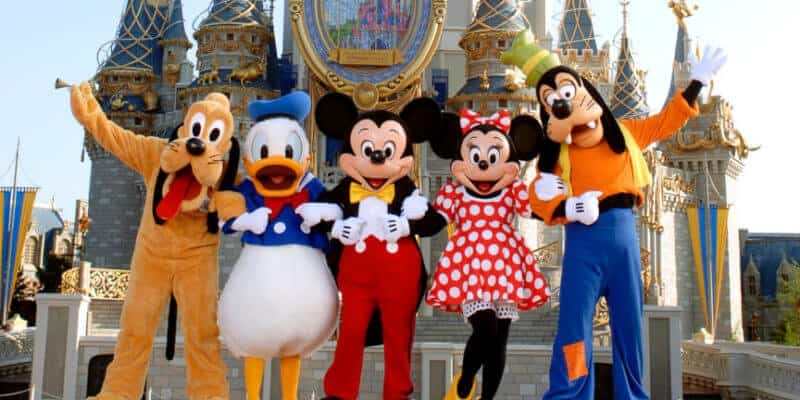 When the coronavirus outbreak began to spread early in 2020, it wreaked havoc on nearly every imaginable type of business. But, perhaps nothing was so negatively impacted as the theme park industry, however.

Theme parks thrive on large gatherings of people — often in close quarters — who touch things like ride vehicles, handrails, and countertops in rapid succession. Once COVID-19 began its spread, none of these were safe anymore.

Thus, The Walt Disney Company did the unthinkable and closed all six of its theme parks around the world by mid-March. In the intervening months, five of the six parks — Shanghai Disneyland, Tokyo Disney Resort, Hong Kong Disneyland, Disneyland Paris, and Walt Disney World Resort — have reopened.

Disneyland has now been closed for 32 weeks.

Shanghai Disneyland was the first Disney theme park to close — on January 25 — and boasts the shortest closure at 106 days (just over three months).

Shanghai Disney Resort reopened on May 11 and has been serving Guests ever since.

Character Meets and Fireworks: Shanghai Disneyland is currently offering its nighttime fireworks show. Ignite the Dream – A Nighttime Spectacular of Magic and Light returned to the Enchanted Storybook Castle in July.

Numerous socially distanced character meet and greets — including some with face characters like Snow White — returned to Shanghai Disney Resort in August.

Capacity: Shanghai Disneyland entered a new phase on August 24. Their official website features this message about capacity and reservation protocols:

China’s Ministry of Culture and Tourism recently issued the “Notice on Further Business Resumption of Tourism Enterprises,” which raises the operating capacity of tourism sites from 30% to 50% of permitted capacity. As a result of this policy change, and as overall market conditions continue to rebound, Shanghai Disney Resort is increasing the daily capacity of the resort’s theme park, Shanghai Disneyland, and, effective August 24, 2020, will transition the current Advanced Reservation Period to a new reservation phase, aiming to provide more flexibility for guests to plan and enjoy their park visit. During this new reservation phase, the park will continue to fully comply with regulatory directives on reservations, staggered arrival and applicable capacity controls.

Hong Kong Disneyland, which recently lost its rights to add a second theme park to the property, closed just one day after the Shanghai park on January 26. It first reopened on June 18, but was shutdown again by Hong Kong authorities just 27 days later. This was directly due to COVID-19.

Following its second closure, Hong Kong Disneyland reopened again last month on September 25. It remains open and has not had any reported issues as of yet.

Character Meets and Fireworks: Although Hong Kong Disneyland did test fireworks over its newly remodeled Castle of Magical Dreams during its second closure, the theme park has not yet brought the nighttime show back for Guests to enjoy.

According to the resort’s official website, safely distanced character meet and greets are available throughout the theme park, including Moana in Adventureland and Mickey, Minnie, and friends in Town Square!

Capacity: Hong Kong Disneyland normally operates with a capacity of 34,000 — the lowest of all Disney Parks worldwide. They are currently closed on Tuesdays and Thursdays and operating with reduced capacity. Their official notice reads:

Hong Kong Disneyland Park is officially reopened with reduced capacity, health and safety measures and a visit reservation system for all guests.

Tokyo Disneyland and Tokyo DisneySea closed on February 29 and reopened on July 1. The Resort was closed for a total of 122 days.

Tokyo Disney Resort recently opened its brand new Fantasyland expansion to the public. It includes an incredible new ride called the Enchanted Tale of Beauty and the Beast.

With the reopening of both parks, we are implementing measures in accordance with the Amusement Park and Theme Park New Coronavirus Infection Containment Guidelines that were developed based on the government’s Basic Policies for Novel Coronavirus Disease Control, and additionally are following government agency guidance to give top priority to the health and safety of our guests and cast members in our operations.

We will be deliberate in our operations, thoroughly implementing health and safety measures such as controlled capacity through limits on  attendance,  limited visitors in attractions, shops, restaurants, and other facilities, regular cleaning and sanitization, proactively requesting guests to maintain social distancing, among other things.

We will also endeavor to promote health and safety by having the information filled in for the primary contact person when guests purchase tickets.

All of the cast members will work together to operate the parks so that guests are able to enjoy the experience. There may be instances in which we cause inconvenience to our guests but ask for your kind understanding and cooperation.

Disneyland Paris closed on March 14 — the same date as Disneyland Resort in Anaheim, California — and reopened on July 15 after a 122-day shutdown.

Annual Passes: Disneyland Paris recently made changes to its Annual Passholder options, though this ticket type is still available.

Character Meets and Fireworks: The French Disney theme park’s nighttime Illuminations show has not yet returned over Sleeping Beauty Castle.

There are, however, numerous character selfie spots available for Guests to experience an extra dose of Disney magic! You can view all selfie spot options — including the brand new Villains’ Lair — on the official website.

With our phased reopening underway, Disneyland Paris is once again happy to invite guests to enjoy the unforgettable and magical moments that we are known for. In line with guidance from the French government and local health authorities, Disneyland Paris Parks, Disney Hotels & Resorts and Disney Village are progressively reopening with enhanced health and safety measures.

As the health and safety of our guests and Cast Members is our top priority, Disneyland Paris’ phased reopening takes a deliberate approach with limited attendance, physical distancing and enhanced cleaning measures aligned with guidance from French government and health authorities, as well as requiring the wearing of protective face masks for guests aged eleven and older, Cast Members and contractors.

Following the latest announcement by the French government, a curfew is currently in place in the Île-de-France region (including Disneyland Paris), from 9pm to 6am. You will therefore need to remain in your apartment during these hours.

The resort will continually adjust operations and health and safety measures as the situation evolves and in accordance with guidance from French authorities.

To date, health officials say that no coronavirus cases have been specifically tied to Disney World.

At this time, Disney World is not offering any indoor character meet and greet experiences, but they have been testing some outdoor socially distanced options, like a Queen Anna and Elsa photo opportunity in the World Showcase’s Norway Pavilion. Character cavalcades are also available in all of Disney World’s parks.

• We have taken enhanced health and safety measures. An inherent risk of exposure to COVID-19 exists in any public place where people are present. View important details.

• Certain parks, hotels, restaurants and other offerings may be modified or unavailable, limited in capacity and subject to limited availability or closure, and park admission and offerings are not guaranteed. View important details.

• To enter a park, both a park reservation [via the Disney Park Pass system] and valid admission for the same park on the same date are required for Guests ages 3 and up.

Disneyland Resort can reopen at 25% capacity when Orange County reaches the COVID-19 “minimal” yellow tier. Yesterday, it was announced that California Adventure’s Buena Vista Street will be partially reopening for Guests to enjoy shopping and dining this holiday season. There are no current plans to offer a similar experience on Main Street, U.S.A.

Which Disney Park is your favorite?

Comments Off on Reopening Status: A Glimpse Into All Six Disney Resorts